Democrats just called McConnell's bluff on a key reform — and he has no idea how to respond: report 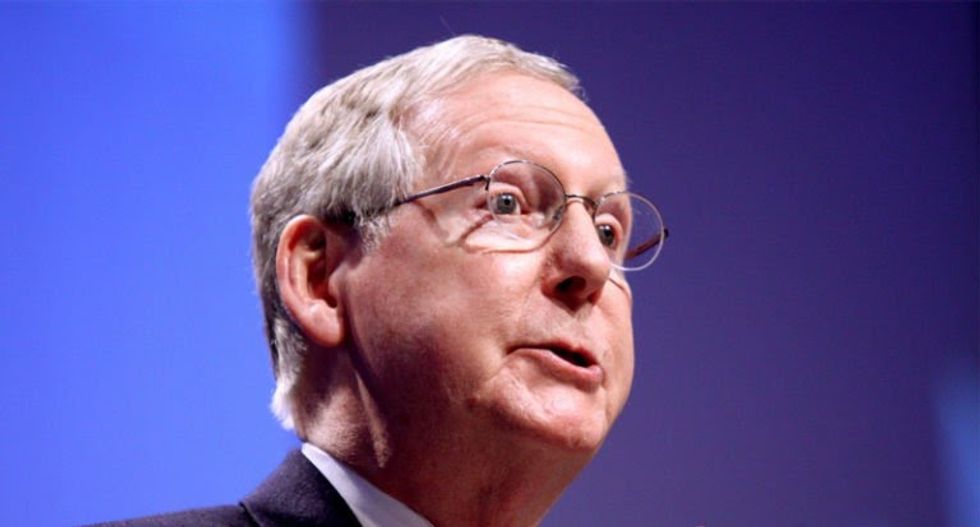 One of the key policy goals that both President Donald Trump and Democrats have repeated on the campaign trail is drug pricing reform. 66 percent of Americans take at least one prescription drug, and like most forms of health care, the cost of these drugs has risen much faster than inflation in recent decades, putting enormous pressure on politicians to come up with an answer. Indeed, until now, Republicans have attacked impeachment by claiming that it leaves Congress with no time to consider drug pricing.

But Democrats just passed a sweeping prescription drug pricing bill — and according to Politico, it puts Senate Majority Leader Mitch McConnell (R-KY) in a bind.

Quite aside from doing away with the anti-impeachment talking point, the bill contains several provisions that Republicans in the Senate have stated they will not allow, including authorizing the government to negotiate a 250 percent discount on drug prices for Medicare. Although Trump himself made negotiating Medicare drug prices a key part of his presidential platform, and although the measure is extremely popular, Republicans don't want to anger the pharmaceutical industry, which is threatening to roll out fewer new drugs if the bill becomes law.

Trump has already said he will reject the House-passed bill. The problem is that even the Senate bill, which was advanced by Senate Finance Committee chairman Chuck Grassley (R-IA), contains strong price controls, allowing the government to fine pharmaceutical companies that increase prices above inflation, and it has more Democratic support than Republican support. McConnell himself is reportedly against the Grassley bill, and it is unclear whether he will allow it to be taken up.

This means that Democrats support prescription drug reform in both chambers, while Republicans have been an obstacle to it — and the Trump administration must compromise with Democrats to get anything passed at all.