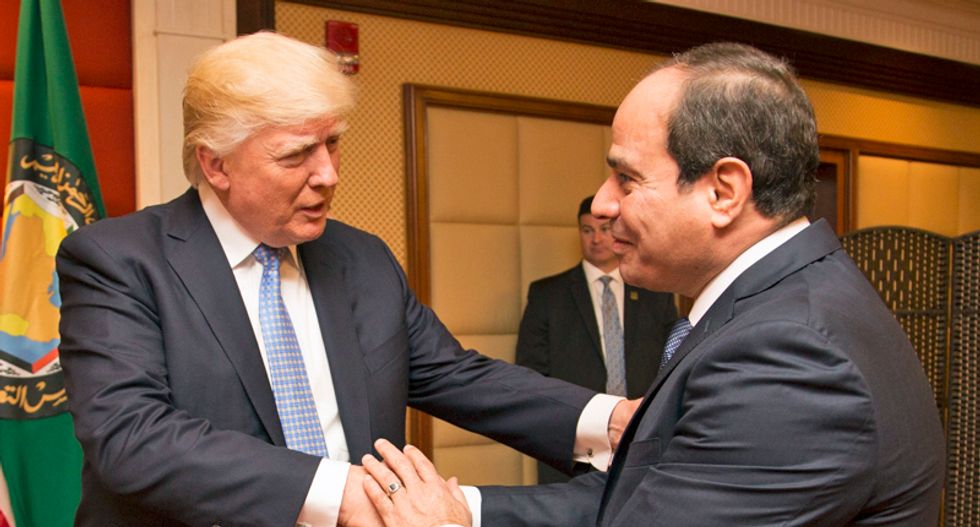 The so-called emoluments clause has been the center of a case that many legal scholars have been making that President Donald Trump is regularly violating the Constitution by continuing to accept payments from foreign governments via his businesses.

The Washington Post reports that an attorney from the Trump Department of Justice argued on Monday that the emoluments clause doesn't actually prevent Trump from accepting payments from foreign governments, even though the clause specifically states that "no person holding any office of profit or trust under them, shall, without the consent of the Congress, accept of any present, emolument, office, or title, of any kind whatever, from any King, Prince, or foreign State."

“The only role that the Constitution gives Congress with respect to the foreign emoluments clause is to allow them,” DOJ attorney Hashim Mooppan argued before the U.S. Court of Appeals for the D.C. Circuit.

If Congress wants to prevent Trump from accepting such payments, Mooppan further argued, it would have to pass a law explicitly banning them.

Judge David S. Tatel, one of the three judges presiding over the hearing, expressed skepticism that Congress would have the information needed to write such a law since the president has refused to release his tax returns.

"How could Congress pass a law without knowing what the president is doing in respect to emoluments?” he asked.