Families homeless at Christmas after forest fire in Chilean port 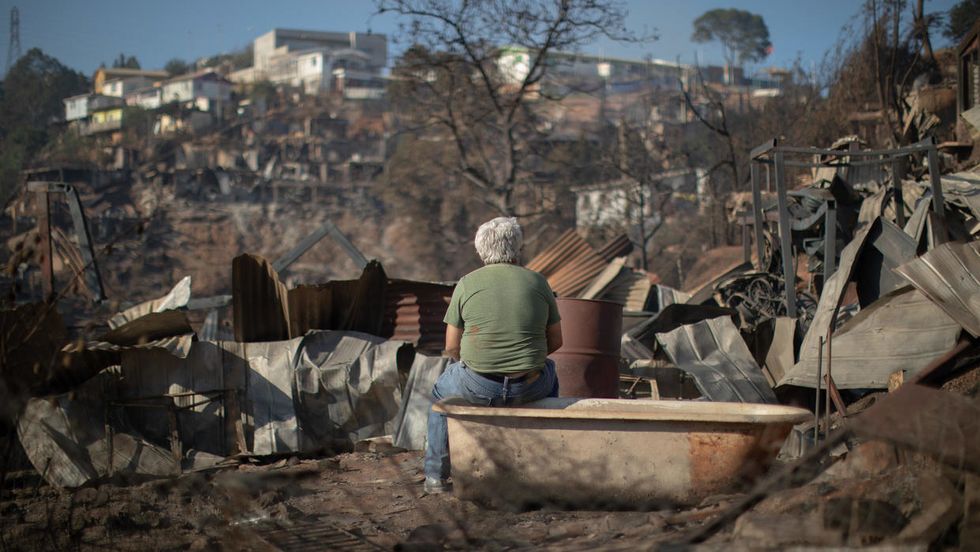 A man looks at the destruction caused by a forest fire on Rocuant hill in Valparaiso, Chile, on December 25, 2019 (Photo: AFP / Pablo Rojas Maradiaga)

Dozens of families found themselves homeless over Christmas after a forest fire in the Chilean tourist port city of Valparaiso burned through two hillside neighborhoods.

The blaze broke out Tuesday on Rocuant and San Roque hills and continued to burn on Wednesday, though with less intensity. About 245 homes were "affected" by the fire in a matter of hours.

There were no deaths from the fire that had burned 150 hectares (370 acres), though 12 volunteer firefighters were injured.

Valparaiso governor Jorge Martinez said that although the fire "cannot yet be considered controlled," it is "quite confined" and "does not generate a risk for the population."

The blaze started in grassy and wooded areas and rapidly advanced to populated neighborhoods in Valparaiso, about 120 kilometers (75 miles) northwest of Santiago.

"We were preparing for parties when the fire started. It all happened so quickly, we weren't able to get anything out," said Fabian Olguin, 28, who lives on Rocuant hill.

"Horrible, terrible to see the homes of my neighbors on fire, my home... Unfortunately we are all homeless," a tearful Silvia Puga said.

The cause of the fire, and that of a smaller blaze, was under investigation.

"There are indications that this fire could be intentional," Blumel said.