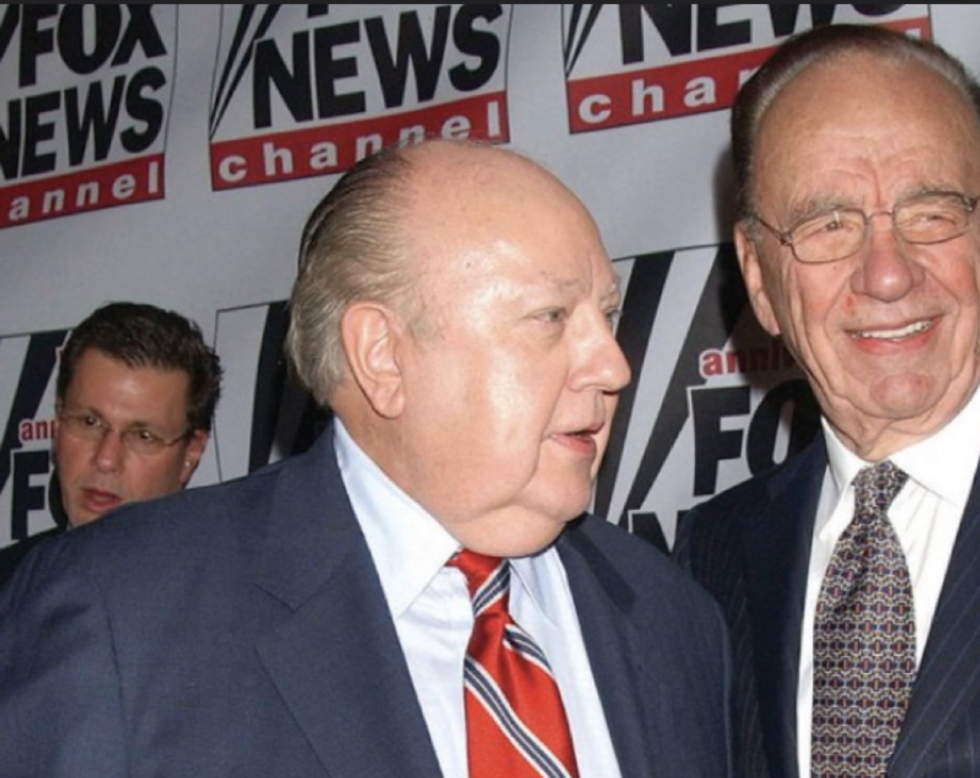 After viewing a screening of Bombshell, a movie chronicling the downfall of the late Fox News CEO Roger Ailes, CNN's Alisyn Camerota (who was formerly employed at Fox) said it had a "PTSD-inducing effect" on her.

"Even the audience members who had never set foot inside Fox seemed shaken by the scenes of what some women endured in Roger’s office," she wrote in an op-ed for Vanity Fair published this Friday. "I know that office. I was summoned there many times. And I can attest to the bizarre, parallel-universe experience of being alone with Roger Ailes."

Camerota was so taken aback by Ailes' behavior that she took contemporaneous notes throughout her time at Fox. She had intentions of turning the notes into a novel one day, but that never happened. Her observations are only now being revealed for the first time in her op-ed.

She recalled how she once approached Ailes for a promotion to be a new anchor.

“I think you might just have what it takes," he continued. "I actually think your personality might work well on our morning show. That’s what you’d like, isn’t it?”

Before Camerota could express her excitement, Ailes told her to stand up and give him a "spin."

“You need some bronzer on your legs,” he told her. “They’re too white.”

She wondered if he was joking, but he was dead serious.

“And, your skirt should be a little shorter.”

"I was excited to prove I was ready, though I hadn’t realized how much of that proof would have nothing to do with journalism," Camerota writes. "As I’ve previously reported, the next time I asked for a shot on the anchor desk, Roger replied that we’d have to get to know each other better, to work more closely together, one-on-one. In order to do that, and to avoid arousing jealousy among other anchors, it might be best to meet somewhere off-site, like, say, a hotel."

Read her full op-ed over at Vanity Fair.