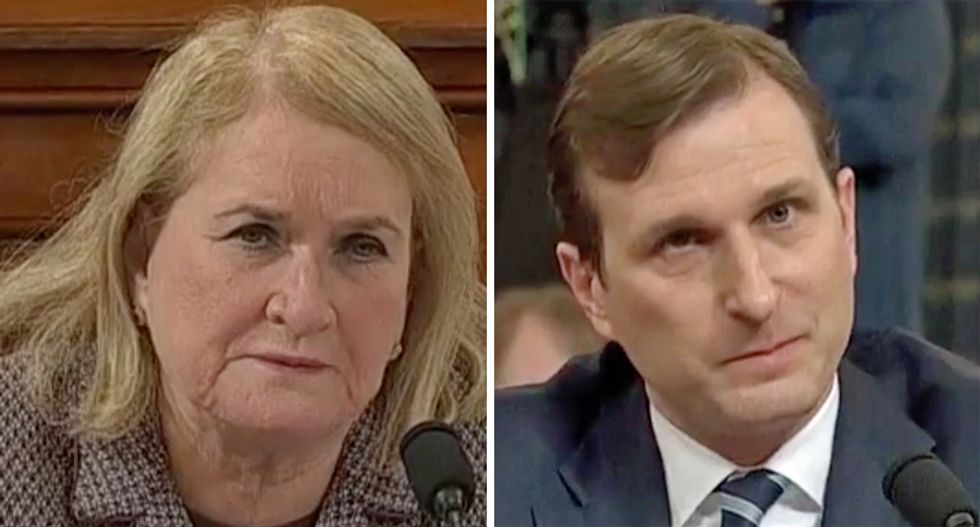 Republicans defending President Donald Trump have falsely claimed there is no first-hand knowledge that directly implicates the commander-in-chief.

As with many of the past defenses of Trump offered by Republicans, there are making factual holes with the argument.

"Mr. Goldman, my Republican colleagues have suggested there is no direct evidence," Garcia noted. "Is that true?"

"No," Goldman replied. "There's a lot of direct evidence. And a lot of the evidence that they say is hearsay is actually not hearsay."

Garcia, who served five terms as a judge in Houston, brought up a half-dozen different pieces of evidence that Goldman agreed were direct evidence.

"I'm just disappointed that rather than to respond to the serious factual direct and undisputed evidence before us, my colleagues continue to make unfounded arguments about the process," Garcia said.

"What President Trump did here was wrong. It's unconstitutional," she said. "If anyone else did this, they would be held accountable."

"I urge all my colleagues to face this evidence and uphold the oath each of us have taken to protect our constitution," Garcia added. "Our democracy depends on ensuring that no one, not even the president, is above the law."