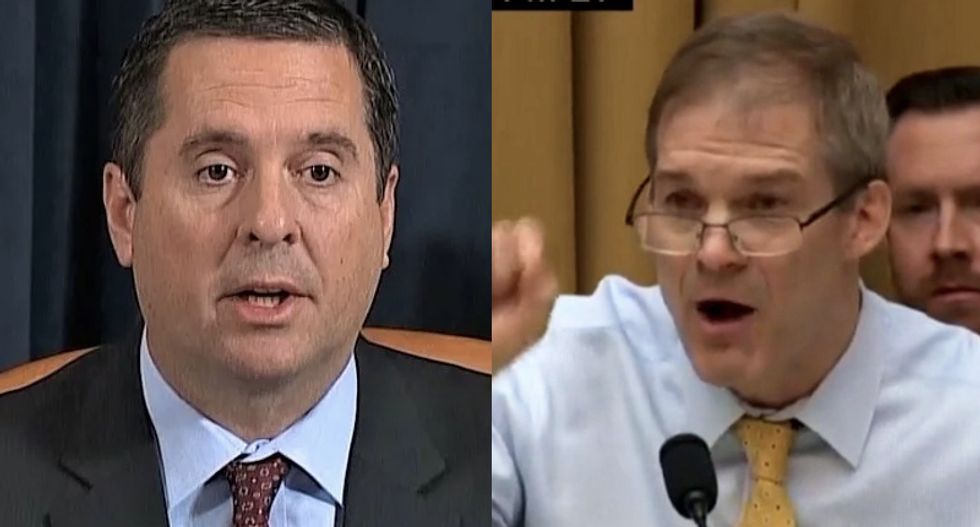 "I understand the strategy. I understand why they're doing it. But again, what I'm calling into question is the rationality," said Scaramucci, who was fired from the Trump administration after just ten days in office following an obscene rant about other members of the White House. "Five years from now, people will look back and say, what were you doing? You had a fever going on related to President Trump. The guy broke the law. He's a traitor to the Constitution of the United States. You took an oath to the Constitution you're going to disavow for him? Why are you doing that?"

"What's at risk right now is the American voter," said Scaramucci. "50 percent of them right now say they want him impeached and removed from office. More information comes out, I think Speaker Pelosi is going to be correct about this. As more information comes out, I think it has to go to 60 percent or 65 percent. I would have thought — and this was my surprise because I've read the Constitution, took constitutional law — I thought that these guys took an oath to that Constitution. It's been so sacred and it's worked so well for so many years for so many people, I would have thought those people who took that oath would have said, you know what, I'm not going to disavow the oath to the Constitution, but now you've got a group of — they're like Vichy Republicans."

"You remember the Vichy Republic?" said Sacaramucci. "When Hitler took over Paris and took over France, there was a Vichy group of French that were helping him administrate the French government."

"I'm not comparing anybody to Hitler. I'm not suggesting that," added Scaramucci. "I'm just suggesting they're falling in line in a way that is absolutely despicable as it relates to the Constitution."