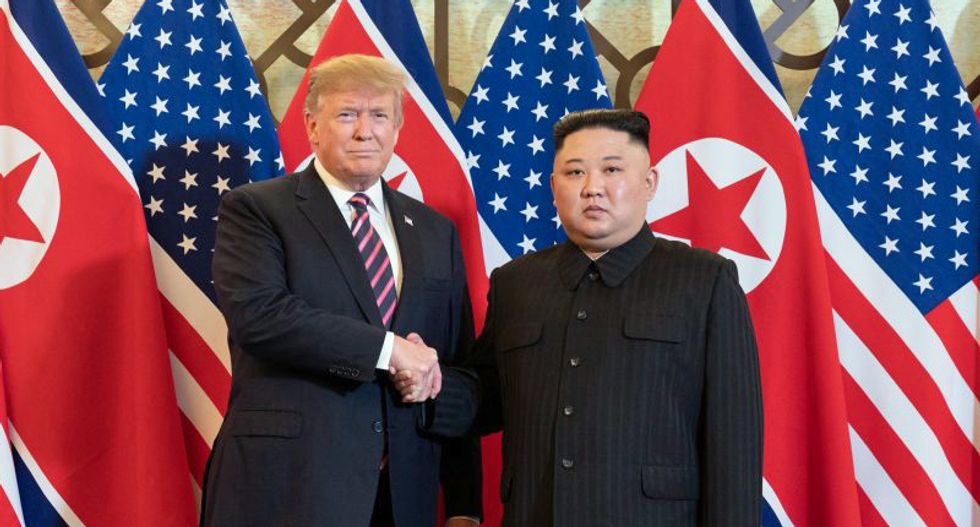 "The risk to US forces & our allies is imminent & more effective policy is required before NK has the technology to threaten the American homeland," tweeted Bolton, who was dismissed in September amid growing disagreements with Trump, particularly regarding his North Korea policy.

The erstwhile advisor, a longtime hawk on North Korea, was openly skeptical of the 2018 summit between Trump and North Korean leader Kim Jong Un, and encouraged the US president to be cautious.

The denuclearization process has been largely deadlocked since the collapse of a second summit in Hanoi at the start of this year. North Korea promised an ominous "Christmas gift" earlier this month if Washington does not give ground by the end of December.

In an interview with news site Axios published Monday, Bolton also said he thinks the Trump administration does not really intend to stop Pyongyang from becoming a legitimate nuclear power capable of firing missiles at other countries, otherwise "it would be pursuing a different course."

"The idea that we are somehow exerting maximum pressure on North Korea is just unfortunately not true," he said.

Should North Korea conduct a major test or make some other significant provocation after the ultimatum expires, Bolton said he hopes Washington will acknowledge its mistake and say, "We've tried. The policy's failed."

The US should then work with allies to show that "when we say it's unacceptable, we're going to demonstrate we will not accept it," he added.

"We're now nearly three years into the administration with no visible progress toward getting North Korea to make the strategic decision to stop pursuing deliverable nuclear weapons," Bolton said, noting that "time is on the side of the proliferator."