Fox News lying to defend Trump makes it a threat to US national security: CNN contributor 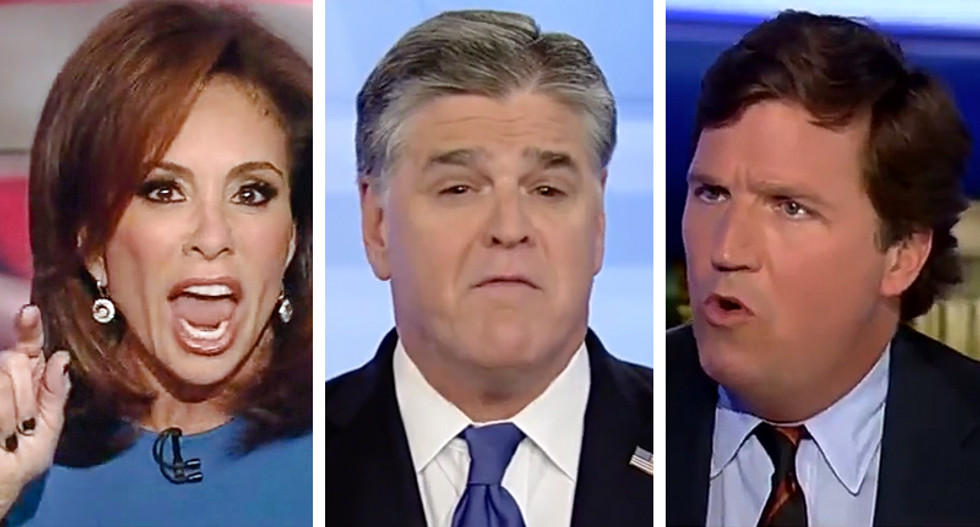 Fox News a threat to American democracy and national security, a CNN contributor explained on Saturday.

Garrett Graff was interviewed by CNN's Ana Cabrera about a new piece he wrote for Wired titled, "Fox News Is Now a Threat to National Security."

"Monday’s split-screen drama, as the House Judiciary Committee weighed impeachment charges against President Trump and as the Justice Department’s inspector general released a 476-page report on the FBI’s handling of its 2016 investigation into Trump’s campaign, made one truth of the modern world inescapable: The lies and obfuscations forwarded ad infinitum on Fox News pose a dangerous threat to the national security of the United States," he wrote.

"Fox’s clear willingness to parry the wingnuttiest ideas in service of the president, long-term implications to the United States be damned, should worry all concerned about the state of the United States. The Ukraine myth is hardly the only example; for years, it has repeated false conspiracies about the murder of Democratic staffer Seth Rich, a conspiracy literally cooked up by Russian intelligence and fed into the US media," he reminded.

"While propagandizing has long been a key facet of Fox’s business (Stephen Colbert debuted his own Fox News host alter ego, in dedicated pursuit of 'truthiness,' all the way back in 2005), the situation is clearly getting worse: the lies deeper, its always-tenuous commitment to 'Fair and Balanced' unraveling further," he warned. "Whatever loose adherence to a reality-based world the Fox worldview once possessed, whatever guardrails on truth the network might have once installed, are now gone."

Graff told her, "the facts aren't breaking through, and makes it incredibly hard to have the types of conversations and the informed electorate that we count on in our democracy and that's leaving aside the larger issue which is the mainstream Republican Party, echoed by Fox News, advancing theories like these debunked Ukraine 2016 conspiracies that have been put forward and advanced by the Kremlin as Russian disinformation. So the fact that you have U.S. broadcasters embracing kremlin disinformation campaigns is an immense problem for the U.S."

"I think what you're seeing is just sort of the outright capture of the Republican Party and conservative media by Donald Trump. I mean, literally just about six minutes ago Donald Trump was tweeting, criticizing Fox News for even daring to host Adam Schiff and Jim Comey tomorrow on their Sunday shows, saying that he can't believe that they would go so far as to have those voices on their air, and you can sort of see the pressure that the network is under to please its main audience of one during the morning shows and its evening primetime lineup," he explained.