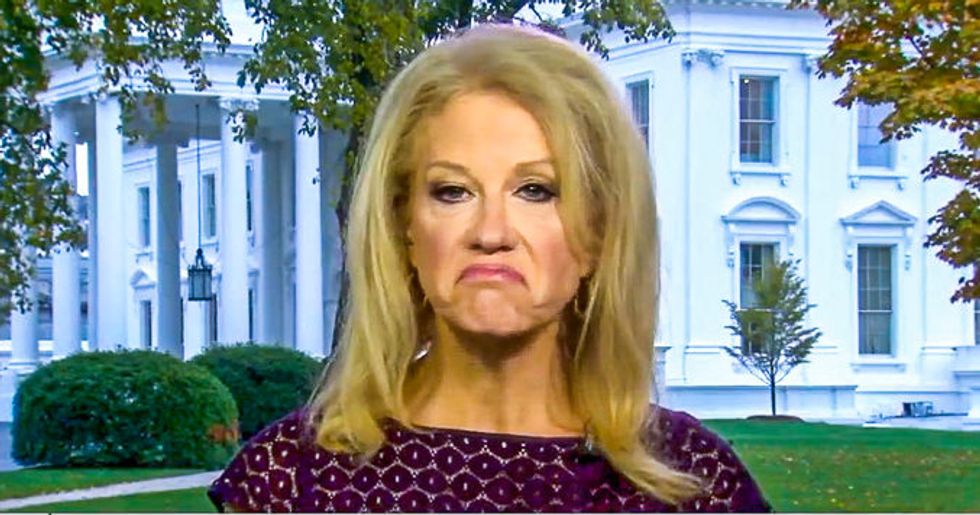 On Monday, Kellyanne posted a tweet that mocked former Vice President Joe Biden and sarcastically asked whether "we need Ukraine's help to defeat THIS guy?" 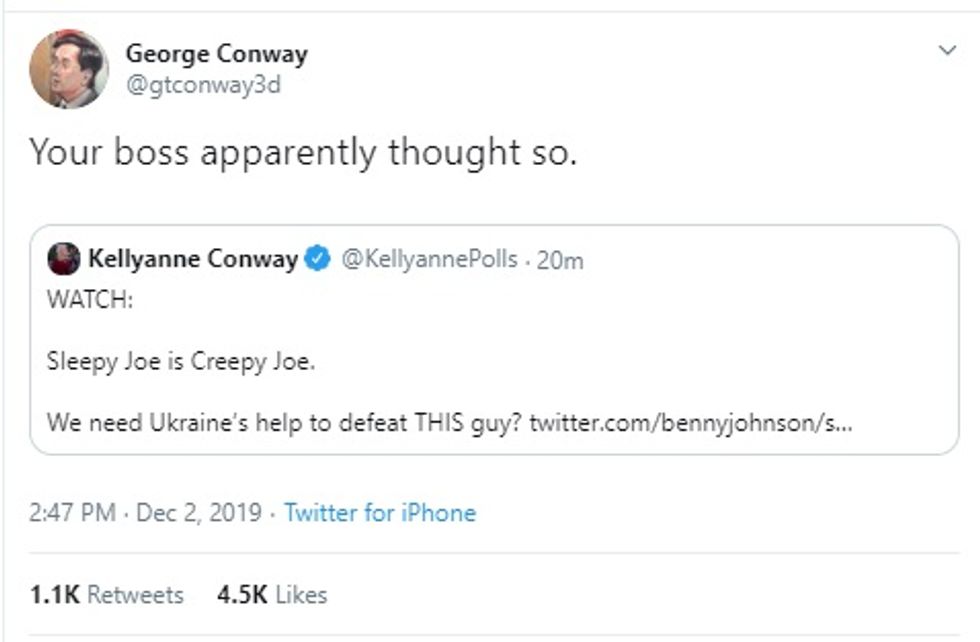 While George Conway has emerged as a prominent Trump critic and impeachment advocate, Kellyanne has remained staunchly in the president's corner and has relished attacking his political opponents.

Assorted reports have claimed that this has led to significant strains on their marriage, as George has told people that he believes his wife is trapped in a "cult."

Until Monday, however, the two have never publicly aired their disagreements over the president's conduct.