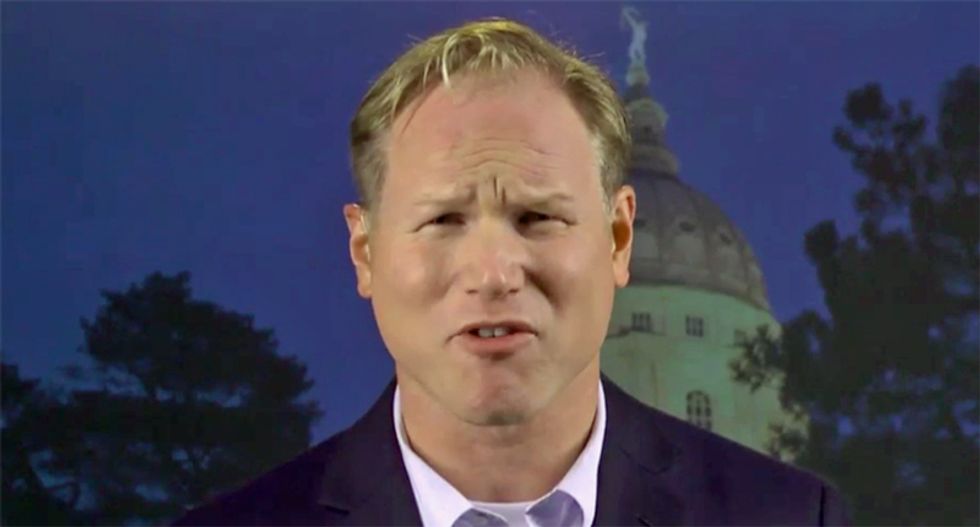 On Tuesday, the Topeka Capital-Journal reported that Rep. Steve Watkins (R-KS) is facing allegations of voter fraud and election perjury for lying about his residence on his voter registration form.

Watkins listed his address for voting purposes as 6021 S.W. 29th St. in Topeka, which is in fact a UPS store. His campaign contends that Watkins made the alteration by mistake, although state officials from both parties are calling for an investigation.

"Unless I’m mistaken, no one can live at a UPS store. It cannot be a place of residence," said Republican state Rep. Blake Carpenter, who sits on the House Elections Committee. "This person undoubtedly voted in an election in November for candidates that he had no constitutional right to vote for. This is wrong and illegal. No one should be above the law."

Watkins, who narrowly won the open Second Congressional District in a closely-watched election in 2018, has already faced calls from his own party to resign over another unspecified scandal.