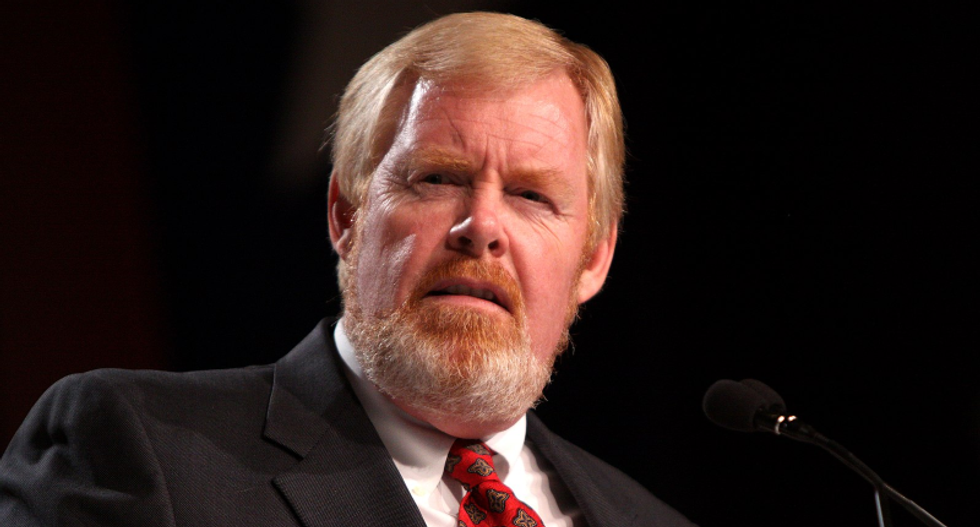 On Thursday, in the wake of the impeachment of President Donald Trump, right-wing activist and media founder Brent Bozell tweeted that he wasn't sure whether obstruction of justice should actually be considered a bad thing.

Bozell, a longtime conservative activist supportive of Trump, is the founder of the Media Research Center, a right-wing counterpart to Media Matters for America which scrutinizes media practices through its affiliated website NewsBusters. He also founded the Parents Television Council and CNSNews.com.

One of the articles of impeachment against Trump was obstruction of Congress, a related concept to obstruction of justice, in response to Trump's systematic orders to his subordinates to refuse to cooperate in any way with subpoenas or testimony requests.