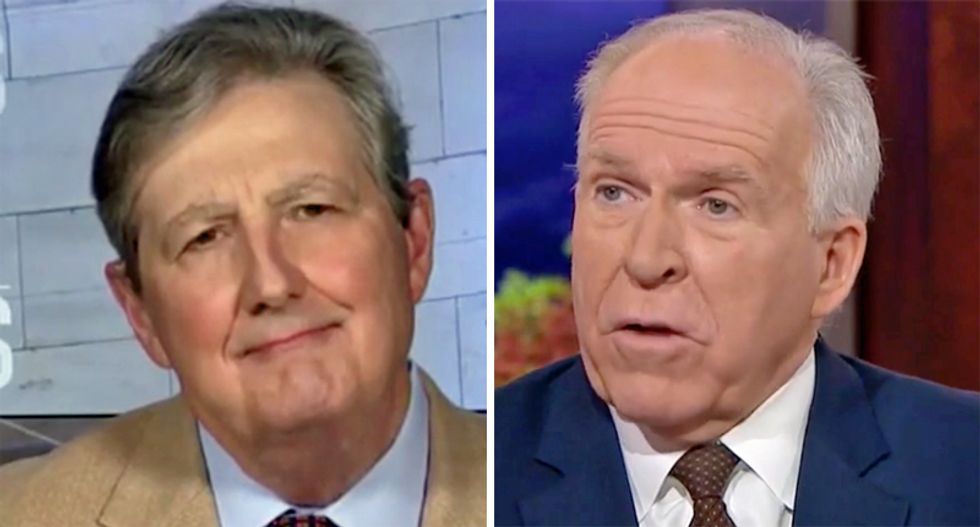 The former director of the Central Intelligence Agency blasted Sen. John Kennedy (R-LA) for knowingly being dishonest with the American people.

MSNBC anchor Chris Matthews played former CIA Director John Brennan a clip of Kennedy on "Meet the Press" pushing the debunked conspiracy theory that it was actually Ukraine -- not Russia -- that interfered in the 2016 presidential election.

"First of all, Sen. John Kennedy is a great discredit to his name," Brennan said.

"We can agree on that one," Matthews replied.

"Secondly, he's not being duped -- he knows that he's being dishonest," Brennan continued. "He knows he's trying to defend and protect Donald Trump at all costs and so he's not going to be honest with the American people."