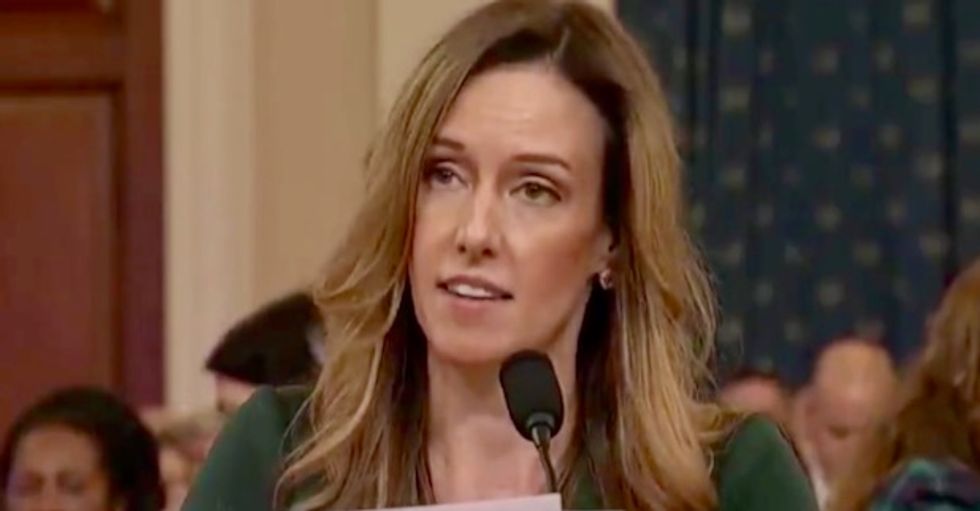 Impeachment hearings have thrust a handful of public servants into the spotlight, where competing ideas about government professionals – variously called the establishment, the “deep state,” technocrats, bureaucrats, experts and elites – shape public reaction to their testimony.

A recent New York Times column by Frank Bruni captures the divide. Bruni salutes professionalism as “a reality-based enterprise” with “credentials, benchmarks, all sorts of yardsticks by which a person can be judged.”

But a commenter on the column going by the name of David wants “much less of … the arrogance of those ‘true professionals’ presuming that they know better what is good or bad for the country than a democratically elected president and American people who elected him.”

Bruni’s professionals – the sort recently honored by Time magazine as “Guardians of the Year” – are a thin, principled line restraining the president’s worst instincts. Commenter David’s are out-of-touch elites scorning his particular view of the popular will.

This conflict is not new. As a historian writing about the role of the intellectual in American politics for a forthcoming book, I see it often.

For at least a century, professionalism and the unflattering term “technocrats” have suggested people who, setting aside self-interest, take an objective, expert approach to public affairs.

Thinkers across the political spectrum have questioned this connection, however, seeing in professionalism a bastion of authority rather than a badge of competence. To them, the virtues underlying professionals’ status – rationality, responsibility, detachment – mask their play for power.

How the officials now in the spotlight are perceived – as professionals bound by facts, standards and duty or as elites who invoke them while pursuing their own agenda – may determine whether impeachment proceedings elicit public support or opposition. 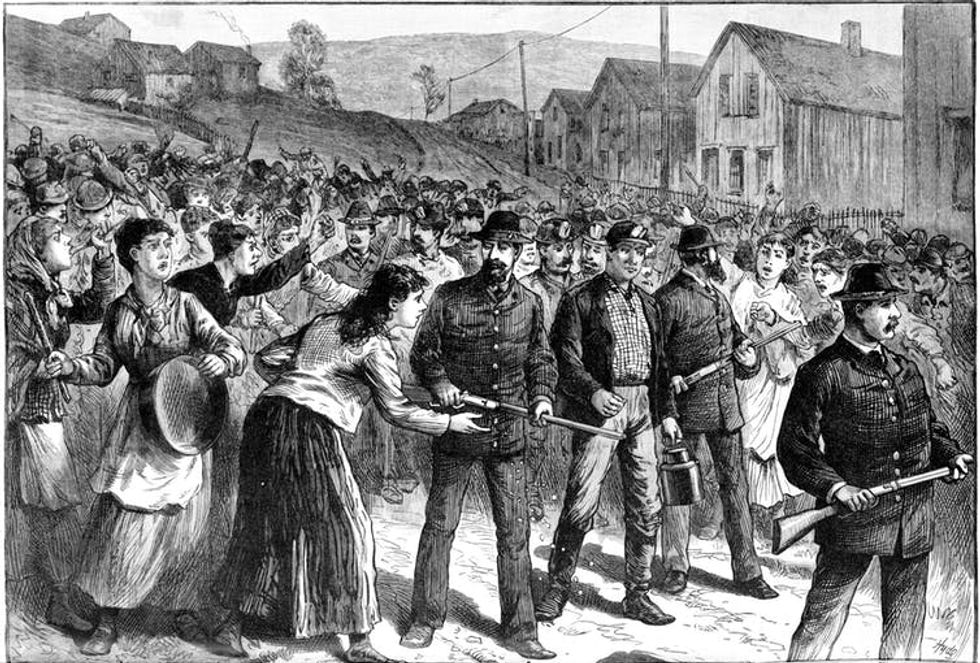 In this 1884 newspaper illustration, armed guards escort workers through a strike demonstration. It was a chaotic time that led to calls for impartial experts to work on behalf of all citizens.

A path to progress

By the late 19th century, American political life looked chaotic and corrupt to a growing movement of reformers.

Greedy political bosses presided over cities, and labor disputes involved the naked use of force, with Pinkerton private security guards and state militias in open battle against striking workers. Amid the melee, many Americans searched for order.

The possibility that objective, fact-based analysts could do the public’s work, with only the public interest in mind, was an appealing prospect. Self-dealing city bosses could be replaced by well-trained city managers. Public administration might control chaos and corruption. Professionalism could bring progress.

A route to power

Critics, however, glimpsed a narrower agenda. Historian Christopher Lasch, for instance, wrote that budding professionals had “no resources, as a class, except argument and exposition.” Lacking the concentrated wealth of the upper class and the numerical strength of the working class, members of the educated middle class were, Lasch argued, underdogs in a brute-force political world. Their best advantage lay in a society governed by reasoned argument rather than raw power. The quest for competent, impartial administration represented middle-class professionals’ vision of progress and their path to influence.

“The professional classes … are engaged in a class struggle with the business community for status and power,” Kristol warned in 1972. Thinking they could “do a better job of running our society,” professionals sought the levers of government to do so. Kristol had in mind the domestic regulatory apparatus that the Trump administration wants to undo.

Anarchist-socialist intellectual Noam Chomsky emphasized professionals’ role in global domination rather than stateside business. Borrowing a term for imperial Chinese officials, Chomsky called policy professionals “new mandarins.” To him, they were administrators and apologists for an American empire. Historian Arthur M. Schlesinger Jr., who had served in the Kennedy administration, attributed the Vietnam War to a sequence of blunders; Chomsky thought it “designed and executed by these new mandarins.” 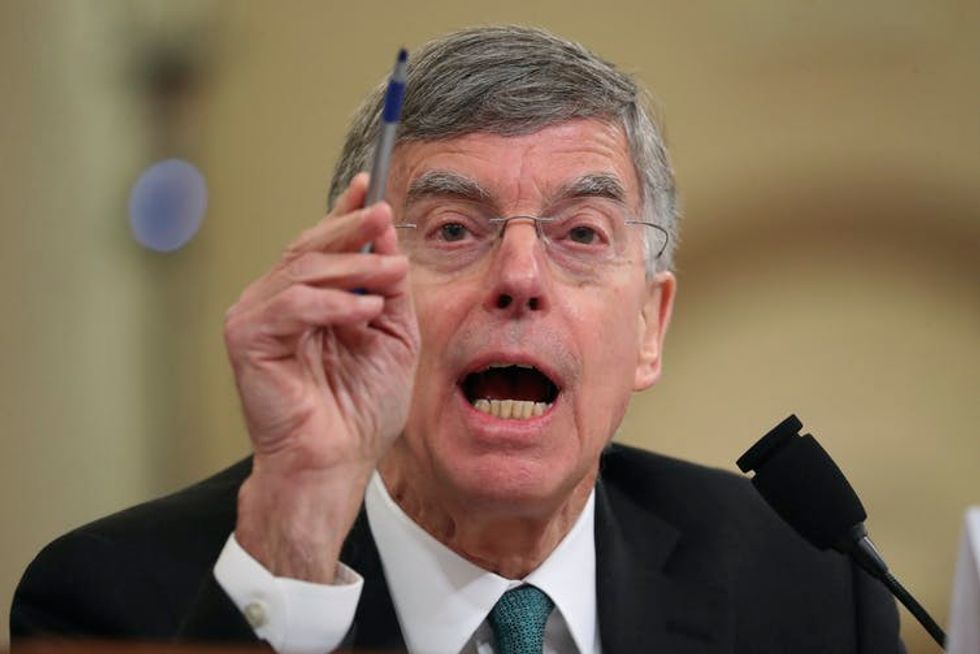 A career diplomat, Ambassador William Taylor has been criticized by the president and his supporters as a biased ‘Never Trumper.’

Chomsky, Lasch and Kristol span the political spectrum, from anarchism to neoconservatism, yet all three were skeptical of professionalism.

Behind professionals’ values, they saw a strategy for advancing professionals’ power. But these skeptics were not cynics who thought all values were shams or self-interest the only interest. They believed that public figures could live by a higher code, for they encouraged intellectuals like themselves to do so.

“It is the responsibility of intellectuals to speak the truth and to expose lies,” Chomsky declared. Similarly, the Ukraine whistleblower wrote of “fulfilling my duty to report this information,” exposing facts that others might prefer remain hidden.

The president’s defenders take a more cynical view: Officials who question his conduct do so from personal motives rather than public responsibility. The whistleblower, they claim, is politically biased. Likewise, the president dubs Ambassador William Taylor, who testified before the House Intelligence Committee, a “Never Trumper.”

Calling these professionals “radical unelected bureaucrats,” the president’s allies aim to shift attention from his actions to the specter of an anti-democratic establishment. Indeed, both sides of the impeachment debate claim a duty to democracy: Convicting Trump ends his corrupt authoritarianism; vindicating him protects the people’s “voice.”

When reason and public responsibility define professionalism, these virtues implicitly distinguish professionals from others. That distinction is uncomfortable for democracy. It suggests that professionals are not just a group apart but also one above.

In a culture of dueling stories about professionalism, the officials who testify at impeachment hearings may find that their evidence reaches its widest audience when presented in light not of virtues exclusive to professionals but decency common to citizens.