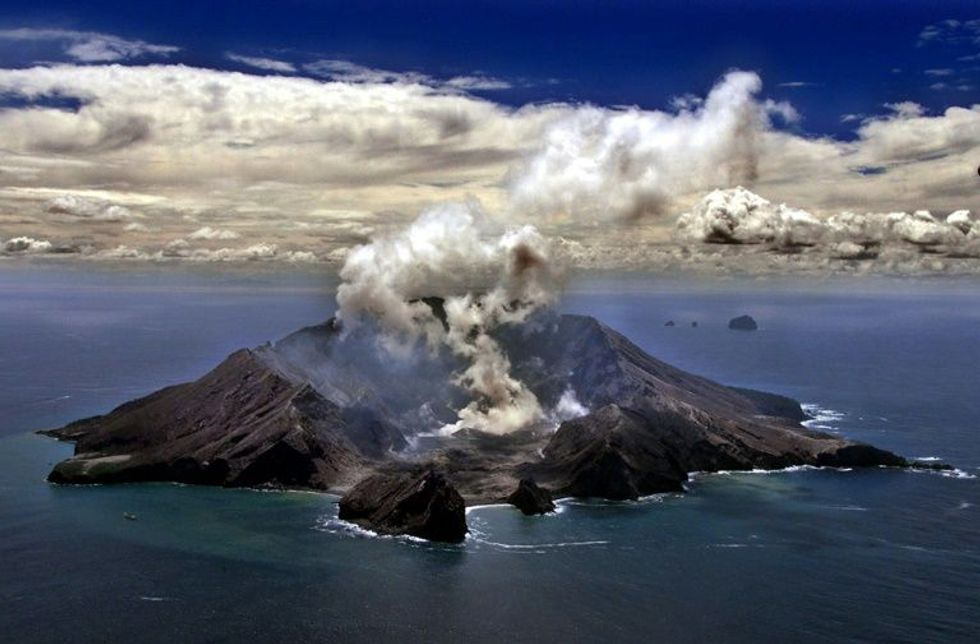 A file picture of New Zealand's most active volcano, Whakarri (White Island), in the Bay of Plenty, taken in 1999 (Photo: AFP/File / TORSTEN BLACKWOOD)

The country's National Emergency Management Agency said a "moderate volcanic eruption is occurring at White Island and is hazardous in the immediate vicinity of the volcano."

Cameras providing a live feed from the volcano showed more than half a dozen people walking inside the rim at 2:10 pm local time (0110 GMT), before images went dark when the eruption occurred minutes later.

The local mayor said she feared there had been "injuries" in the eruption.

"I've got limited understanding at present other than there's been an eruption, that there have been some people who were on the island at the time, who have had some injuries," Whakatane mayor Judy Turner told Radio NZ.

"I'm not sure of the extent or nature of those injuries... emergency services are all waiting for them to be returned from the island so they can attend to them."

Police said they were responding to the incident, but offered no further comment.

White Island is New Zealand's most active volcano cone and about 70 percent of it is undersea, according to government agency GeoNet.

Around 10,000 people visit the volcano every year. It has erupted frequently over the last half-century, most recently in 2016.

In August of that year the New Zealand Defence Force airlifted a 2.4-tonne shipping container onto the island to serve as an emergency shelter in case of an eruption.