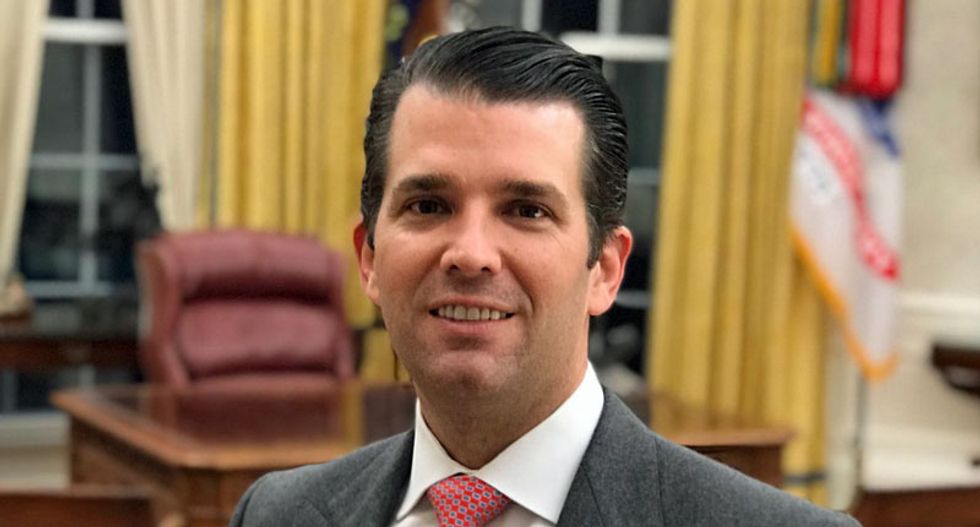 According to new reports, Donald Trump Jr. illegally shot and killed an endangered argali sheep on a taxpayer-funded hunting trip in Western Mongolia in August — and the Mongolian government retroactively gave him a permit rather than tread on the toes of the U.S. government.

The report was met with outrage on social media, with commenters blasting Trump Jr.'s bloodthirst for endangered animals and the wealth and privilege that allowed him to kill them with no accountability. Some even compared it to the right-wing outrage about Hunter Biden being given a free position on the board of Ukrainian energy company Burisma.

@thedailybeast Because of course the rules of law don’t apply to @realDonaldTrump or any of his diseased offspring.
— Peter Lion (@Peter Lion) 1576069536.0

@thedailybeast Of course he did. These people feel entitled to do whatever they want. Disgusting
— Ryan Swayne (@Ryan Swayne) 1576069901.0

@thedailybeast Of course he did. These people feel entitled to do whatever they want. Disgusting
— Ryan Swayne (@Ryan Swayne) 1576069901.0

@thedailybeast Even foreign countries are afraid of what Trump could do to small countries if his precious Donny wa… https://t.co/M6oqGHim9b
— Lynne Hoffman (@Lynne Hoffman) 1576068601.0

@thedailybeast Who goes hunting for sheep? I suppose he had his taxpayer paid bodyguards with him also.
— Vijo (@Vijo) 1576072820.0

@thedailybeast Yet, we should question Hunter Biden, when Junior puts his privilege on full display for all to see.
— Akil Brown (@Akil Brown) 1576066149.0