Joe Biden confirms he will not comply if subpoenaed by the Senate during Trump’s impeachment trial: report 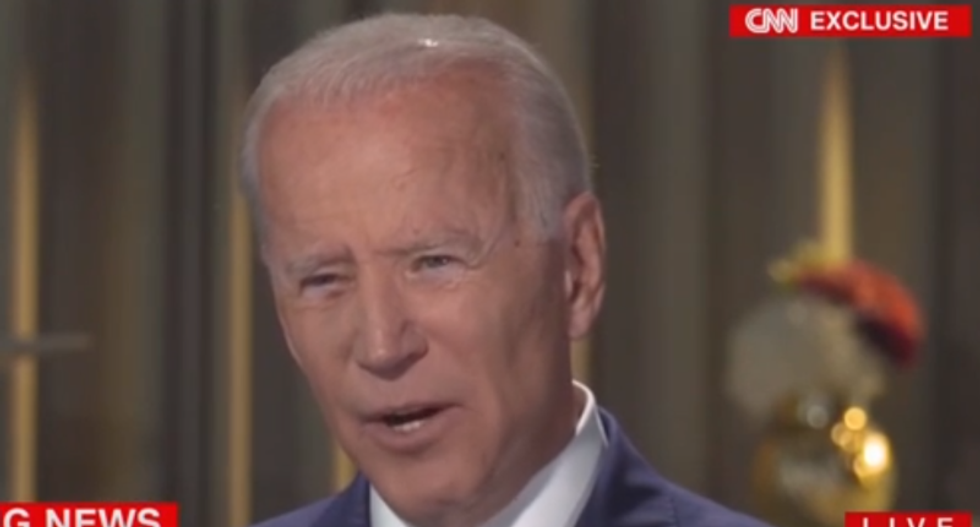 Former Vice President Joe Biden told the editorial board of the Des Moines Register that he does not plan to comply if subpoenaed by the United States Senate.

"Leaders in the Democratically controlled House and Republican leadership in the GOP-controlled U.S. Senate are trying to come to terms for an impeachment trial. Biden said in early December he wouldn’t comply with a subpoena by the Senate, and confirmed that statement Friday in an interview with the Des Moines Register’s editorial board. He has not been subpoenaed, but Trump's allies have floated the idea," the newspaper reported.

Biden blasted the press in his comments.

“What are you going to cover?” Biden asked. "You guys are going to cover for three weeks anything that I said. And (Trump’s) going to get away. You guys buy into it all the time. Not a joke … Think what it’s about. It's all about what he does all the time, his entire career. Take the focus off. This guy violated the Constitution. He said it in the driveway of the White House. He acknowledged he asked for help.”