Jonathan Turley walloped for bragging about friendship with Bill Barr: ‘Like a bad reference on a resume’ 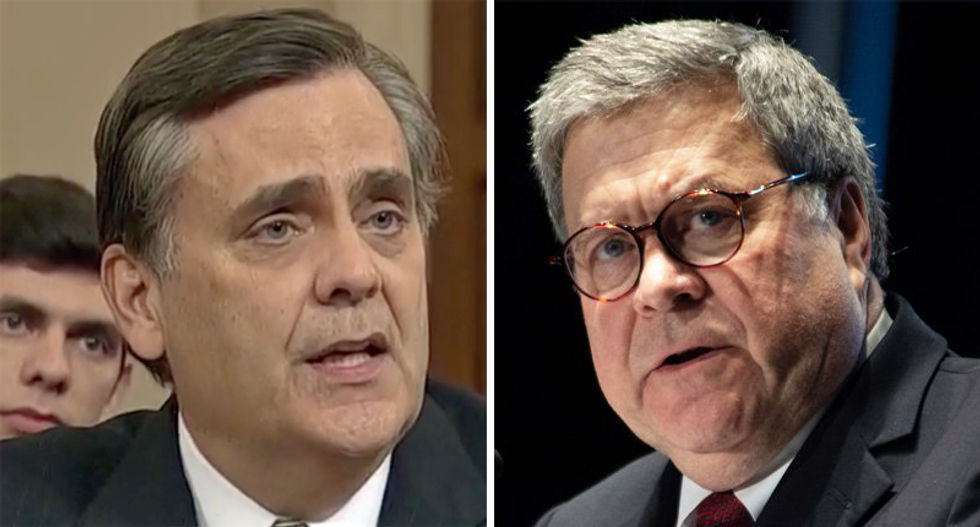 The Republican witness during the House impeachment hearings spoke of controversial Attorney General William Barr as a "friend" on Wednesday.

Jonathan Turley, who argued against impeaching President Donald Trump, is a professor at George Washington University.

Turley made his comments while testifying before the House Judiciary Committee.

Here's some of what was said about the relationship:

Did u hear that fellow Americans?Prof Turley just stated that he is good friends with DOJ Bill Barr.Barr whos been… https://t.co/SB6QtmVFYB
— Trish the Dish (@Trish the Dish)1575482222.0