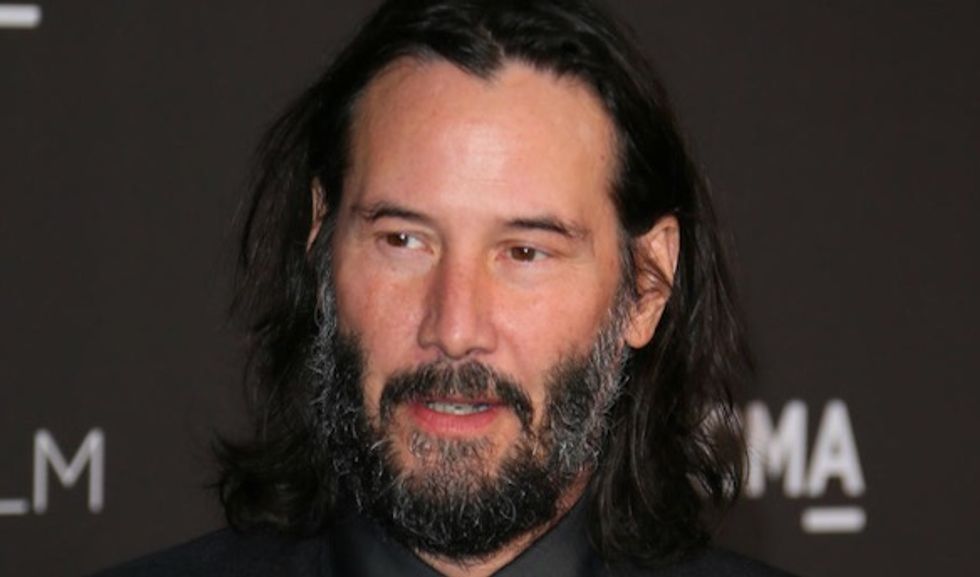 Keanu Reeves' "renaissance" is about to step up a gear.

May 21, 2021 has been dubbed "Keanu day," with both his hotly anticipated "Matrix" and "John Wick" sequels due to hit theaters simultaneously in the US.

The scheduling appears to be a coincidence, with kung fu-inflected sci-fi flic "The Matrix 4" being distributed by Warner Bros, and hitman thriller "John Wick: Chapter 4" coming from rival studio Lionsgate.

While either date could shift, that has not stopped die-hard fans of the "Point Break" and "Bill and Ted" actor from flocking to social media to share their excitement.

"We should just make May 21st Keanu day from here out," added @WeWatchedAMovie.

Canadian actor Reeves, 55, has surged in popularity in recent years, in a phenomenon dubbed the "Keanuaissance."

Embraced by the video game community for his enthusiastic voiceover and motion capture work on titles such as "Cyberpunk 2077," he has been showered with praise for his down-to-earth demeanor and perceived rejection of the superficial Hollywood lifestyle.

In June, the New Yorker ran an article titled "Keanu Reeves Is Too Good For This World."

He has been dubbed the "internet's boyfriend" due to the number of memes based on photographs of him going about his everyday life.

Several real-life "Keanu stories" about the A-lister have gone viral, including a time he reportedly helped bus fellow passengers home after their plane was forced to make an emergency landing in California.

The Matrix franchise, about humans trapped in a virtual reality by machines, has netted more than $1.6 billion worldwide.

Warner Bros has not specified if the new film will be a direct sequel, saying only that it is "set in the world of 'The Matrix'."

The original films followed a band of rebels who battled intelligent machines in a future where humans are enslaved within the Matrix -- a virtual reality that resembles the contemporary world.

Reeves' Neo was a hero on a mission to save mankind.