Kellyanne Conway ‘raised the bar’ by saying Trump must be ‘completely and totally exonerated’ in the Senate: MSNBC reporter 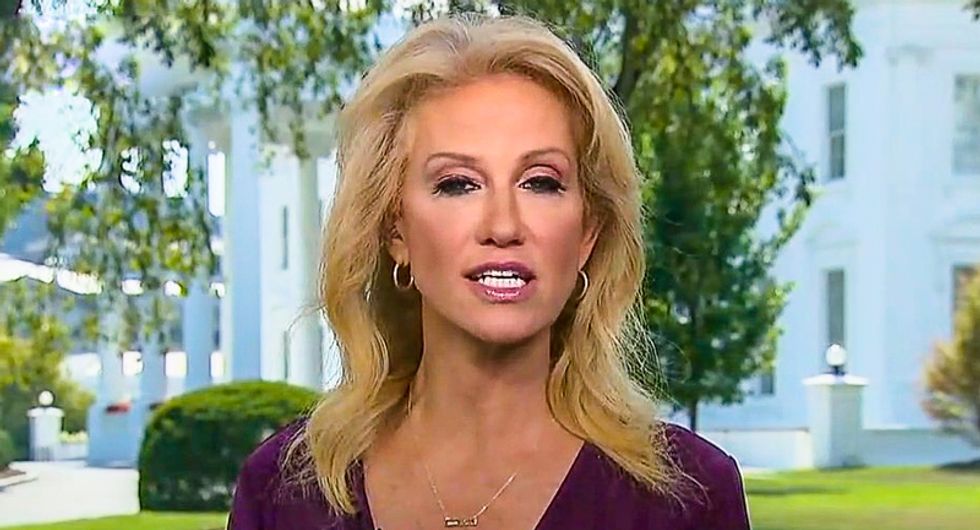 Senior White House adviser Kellyanne Conway spoke to reporters Friday saying that if the U.S. Senate votes on impeachment that they must "completely and totally exonerate" President Donald Trump.

MSNBC White House correspondent Hans Nichols began by explaining that it's evident that the president is in panic mode because the volume and acceleration of his Twitter account is considerable. Host Ali Velshi explained that if it was his account, there would be a lot of questions about what was going on with him.

"Here is the latest news just from Kellyanne Conway, who's talked to some reporters in the briefing room on this debate on whether or not the White House wants a short or long trial, she claims everyone's agnostic," Nichols continued. "But Kellyanne Conway's just done something interesting because she says the Senate has to do complete exoneration of President Trump, not just not convict him. So, it's unclear to me what complete exoneration is."

On the issue of the short or long trial, Conway said the only thing that mattered was a "fair trial."

"She seemed to be leaning towards a shorter trial, not a longer one," Nichols went on. "But the idea that the Senate would give complete and total exoneration gives you an indication of the legal challenges that they are going to have to have. Now, Pat Cipollone is likely going to be part of that team. Another name for you: Alan Dershowitz. So, I don't think that the legal team has fully gelled, and when it does, I think it will preview how long and robust the actual strategy will be."

Watch the full briefing in the video below: