Legal expert makes the case for Trump to resign — but why have so few others demanded he step down? 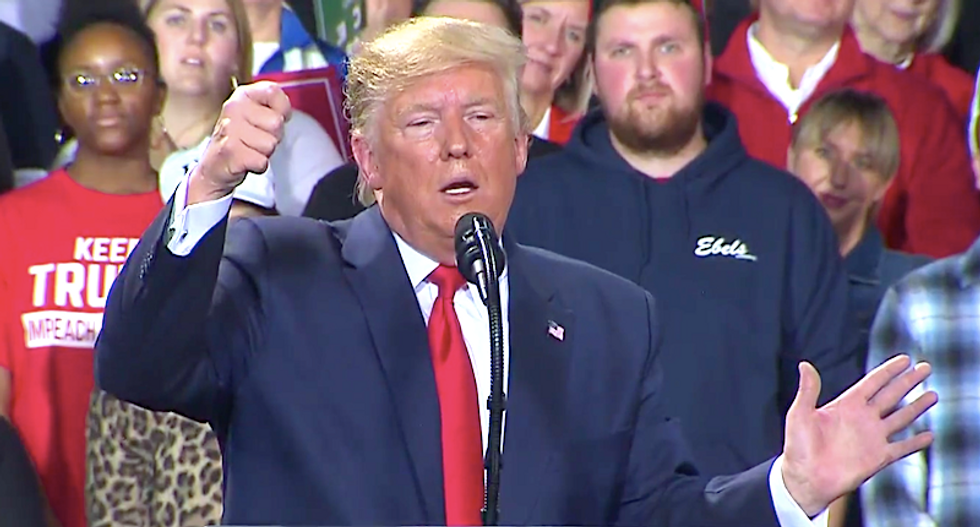 Higginbotham argued in the op-ed that President Richard Nixon's resignation in the face of his own impeachment could be seen to represent, despite his grave abuses, "an act of patriotism."

Nixon "protected not only his own historical legacy but also the country he had taken an oath to serve," Higginbotham wrote. "Donald Trump should follow suit."

Trump should resign so the country can begin the process of healing. The divisions in the country today are even more corrosive than they were in 1974. That's why it's even more important that Trump emulate the best of Richard Nixon, who, in a rare moment of grace, understood he could only weaken the nation he led by focusing solely on himself, and chose the better path.

In President Trump's acceptance speech of the Republican nomination at the Republican National Convention in 2016, he told the nation, "Nobody knows the system better than me, which is why I alone can fix it." While many mocked the hubris behind that claim, at this moment of national danger it is undoubtedly true: Trump alone can spare the nation the painful ordeal of an impeachment trial in the Senate.

While Trump is written about extensively every single day, such calls are relatively few. For all the tumult, investigation, and fierce partisanship Trump's presidency has produced, it's produced surprisingly sparse demands for his resignation. Even as Trump has been impeached by the House of Representatives, and top newspapers have called for the president's removal, the other option — the only way a president has actually been ousted from office via the impeachment process — remains woefully under-discussed. And though Democrats have occasionally called for the resignation of administration officials such as Attorney General Bill Barr and Education Secretary Betsy DeVos, they seem hesitant to take the same step for the president himself. Instead, they often call on him to stop creating division and "lead" the country.

But "leading the country" is exactly what Trump has repeatedly proven himself incapable of doing.

What's odd about the relative dearth of calls for is that Trump's conduct clearly merits it. I've argued that calling for Trump's resignation was the Democrats' best move since they took the House of Representatives. And if, as many do, you think it's appropriate for Trump to be impeached or removed, you should probably also think that it would be best if he just stepped down without all the conflict. In fact, it would be reasonable to argue that Trump should resign, but that an ultimately doomed impeachment process is too disruptive for the country. So in theory, there should be more support for Trump's resignation than there is for his removal.

So why aren't we deluged with calls for Trump's resignation? CNN host Chris Cuomo's response to the Higginbotham piece probably sums up the explanation:

Everyone assumes — almost certainly correctly — that Trump will never agree to resign the presidency. He hates admitting failure, he loves the adulation the office provides, and he fears the potential legal consequences of no longer being protected from prosecution. Nixon was a monster with a devoted base of support, but he realized eventually that it was time to throw in the towel. It's nearly impossible to imagine a plausible scenario in which Trump does the same — and not just because the Republican Party seems even more devoted to the current president than it was to Nixon. He won't even admit that his phone call with Ukrainian President Volodymyr Zelensky was far from "perfect," even though this admission could have helped him.

But the fact that Trump would almost never agree to resign doesn't mean we should ignore the obvious fact that he should. Ignoring this option lets Trump off the hook for his own responsibilities, and it lowers the bar for the presidential standard of behavior.

Many Republicans have spoken out against impeachment by citing the fact that it will be divisive for the country and create more animosity or tension. By calling for resignation as a potential alternative to impeachment, Trump's critics could point out that any resulting division from impeachment proceedings is at least as much the fault of the president. Democrats could argue that Trump's behavior forced them to pursue impeachment, but if he were gracious and cared about the country, he could bring it to a peaceful end.

This reframes the discourse around Trump's impeachment in a useful way, especially when pressed against Republicans who can't bring themselves to defend the president's conduct on the merits. And it exposes and dispenses with the implicit idea that Democrats are the only actors responsible for preserving constitutional government; that obligation falls just as heavily on the shoulders of Trump and the Republicans.