Lisa Page fights back at Trump's years of attacks: 'Demeaning fake orgasm was the straw that broke the camel’s back' 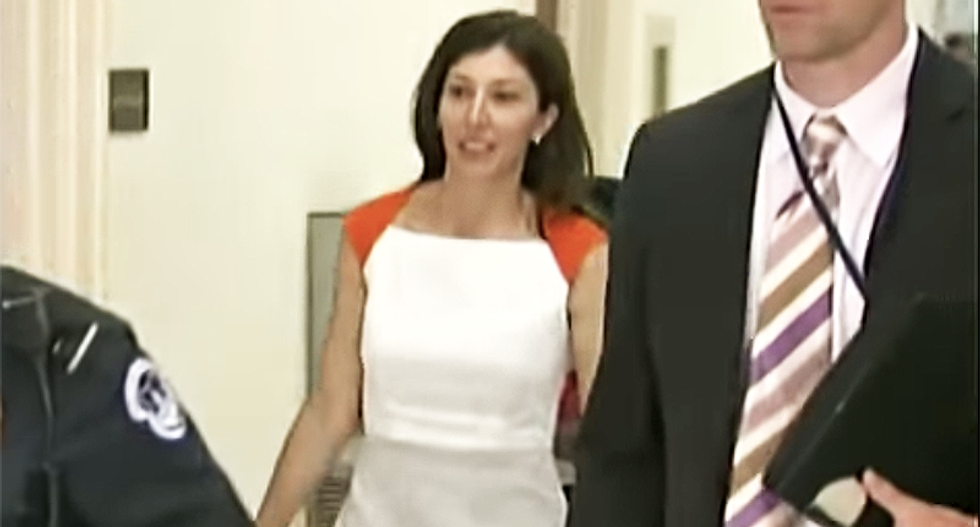 Former FBI counsel Lisa Page is fighting back against President Donald Trump, who has been merciless in his attacks against her, claiming she did something illegal by despising Trump during the 2016 election.

“Honestly, his demeaning fake orgasm was really the straw that broke the camel’s back,” she said of Trump. The comment was a reference to Trump's performance faking an orgasm before thousands of fans at a Minneapolis rally in October. “I had stayed quiet for years, hoping it would fade away, but instead, it got worse. It had been so hard not to defend myself, to let people who hate me control the narrative. I decided to take my power back.”

“It’s almost impossible to describe” what it’s like, she told The Beast. “It's like being punched in the gut. My heart drops to my stomach when I realize he has tweeted about me again. The president of the United States is calling me names to the entire world. He’s demeaning me and my career. It’s sickening.”

“But it's also very intimidating because he’s still the president of the United States. And when the president accuses you of treason by name, despite the fact that I know there's no fathomable way that I have committed any crime at all, let alone treason, he's still somebody in a position to actually do something about that. To try to further destroy my life. It never goes away or stops, even when he’s not publicly attacking me," she continued.

She said that Trump's millions of Twitter followers hearing his constant attacks for so long had impacted her daily life, as much as she wishes it didn't.

“I'm someone who’s always in my head anyway – so now otherwise normal interactions take on a different meaning," she explained. "Like, when somebody makes eye contact with me on the Metro, I kind of wince, wondering if it’s because they recognize me, or are they just scanning the train like people do? It’s immediately a question of friend or foe? Or if I’m walking down the street or shopping and there’s somebody wearing Trump gear or a MAGA hat, I’ll walk the other way or try to put some distance between us because I’m not looking for conflict. Really, what I wanted most in this world is my life back.”

She explained that she followed all of the rules, which she should know as a top lawyer.

“And I know I’m nowhere close to that,” she told The Beast. “I don’t engage in any sort of partisan politicking at all. But having an opinion and sharing that opinion publicly or privately with another person is squarely within the permissible bounds of the Hatch Act. It’s in the regs. Yeah, it says it plainly. I’m thinking, I know I’m a federal employee, but I retain my First Amendment rights. So I'm really not all that worried about it.”

The text messages were given to reporters by Sarah Isgur Flores, who allowed them to see and takes all the notes they wanted but wouldn't allow them to have copies of the text messages. The only ones the Justice Department gave were the ones cherry-picked to appear to be the worst. It was before the IG had made a ruling that she didn't do anything wrong, but that didn't matter to Trump's Justice Department.

She also noted that while her progressing FBI career was ended by Trump's attacks, what he has done to the FBI is far worse.

“It’s very painful to see to places like the FBI and the Department of Justice that represent so much of what is excellent about this country, not fulfilling the critical obligation that they have to speak truth to power,” she told The Beast. “The thing about the FBI that is so extraordinary is that it is made up of a group of men and women whose every instinct is to run toward the fight. It’s in the fiber of everybody there. It’s the lifeblood. So it’s particularly devastating to be betrayed by an organization I still care about so deeply. And it’s crushing to see the noble Justice Department, my Justice Department, the place I grew up in, feel like it’s abandoned its principles of truth and independence.”

Page wasn't merely an FBI agent that went through the difficult Quantico training program. She was among very few accepted into an elite Honors Program in the Justice Department in 2006 after she graduated from law school. She was the only woman in her class of just five. She was then brought into a "special-counsel-like" position by the deputy general counsel over national security law.

Read the full interview at The Daily Beast.