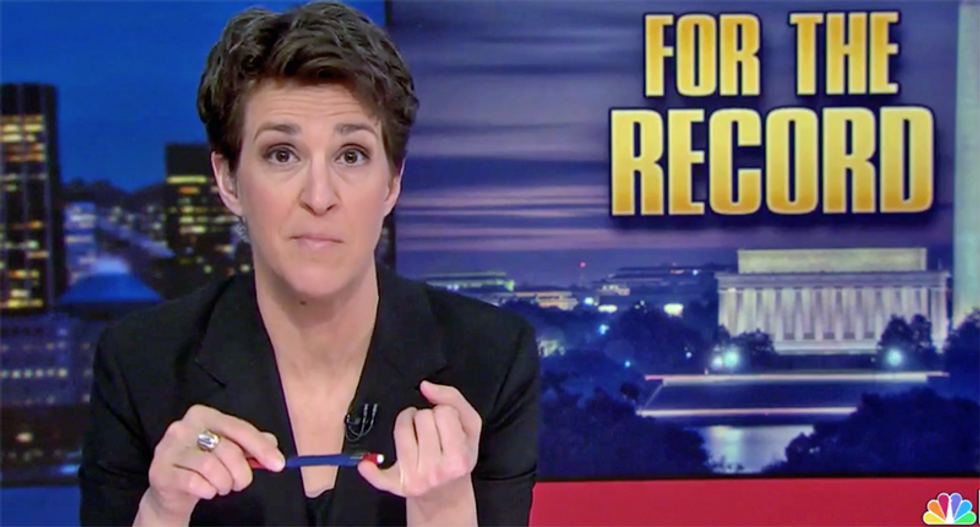 The host of "The Rachel Maddow Show" on MSNBC wondered why Attorney General Bill Barr did not resign after his own Justice Department debunked a conspiracy theory pushed by the nation's chief law enforcement officer.

Maddow explained how the Department of Justice Inspector General report released Thursday debunked Barr's claim that there had been "spying" on the 2016 Trump campaign.

The host played a clip of Barr testifying under oath before Congress.

"Now that his own Justice Department has concluded, no, they weren't spied on -- under normal circumstances that would be the occasion for the attorney general to resign from having thrown out an allegation that serious, that grave, with no reason for doing so, and then being disproven," Maddow noted.

"Under normal circumstances, a senior government official having being called out that badly on something that serious, you might expect a resignation," Maddow said.