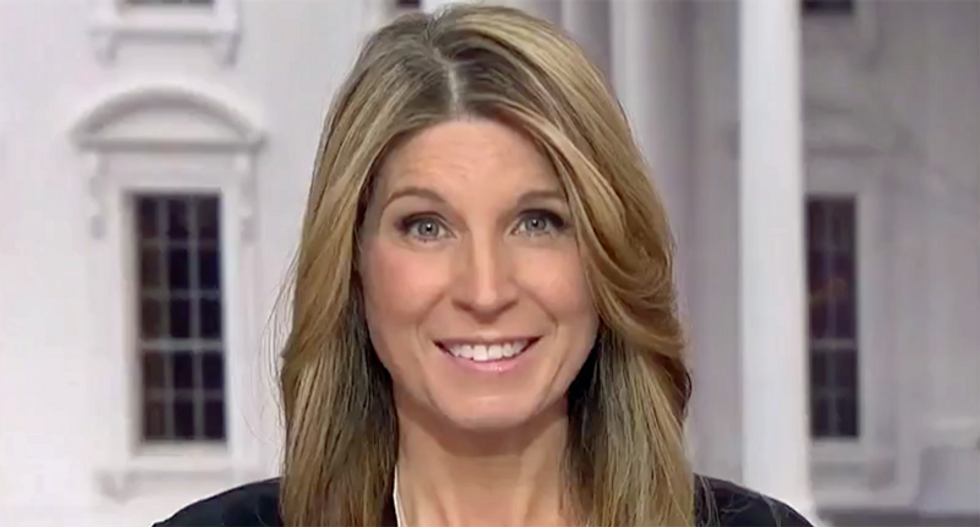 Speaker Nancy Pelosi was praised on MSNBC on Tuesday for politically outsmarting President Donald Trump in 2019.

"Standing between the momentous House vote to impeach Donald Trump and the prospect of a trial in the Senate, Donald Trump is ending his year making the kind of history he did not want to make -- becoming the third president in U.S. history to be impeached by the House of Representatives," MSNBC anchor Nicolle Wallace explained.

"The woman running the House, Speaker Nancy Pelosi, is making history herself as the highest-ranking and most powerful woman serving in political office, the only woman to ever hold the position of Speaker -- a position she's held twice. And we've watched Nancy Pelosi square off against Donald Trump and refuse to back down, even in the face of his bullying and constant harassment, which came to a head when she presided over the historic House vote on impeachment," she continued.

"She is his kryptonite," Wallace concluded.

Lemire said Pelosi, "has been a real thorn in his side and has gotten the best of him time and time again."

"Nancy Pelosi is going to go down as one of the most influential, powerful speakers in history," Jean-Pierre said. "She's managed to outmaneuver Donald Trump at every turn. And I'll quote Cardi B, she has dog walked Donald Trump, for all the youngsters who are watching."