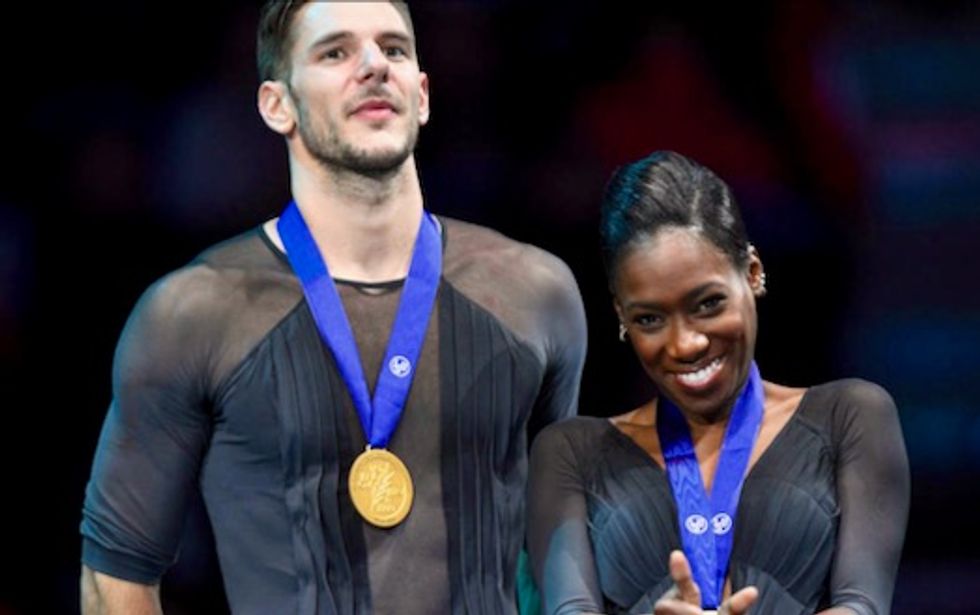 French figure skater Morgan Cipres is under investigation by the United States Center for SafeSport after allegedly sending lewd photographs to a 13-year-old girl, USA Today reported on Tuesday.

Cipres, a two-time Olympian and pairs bronze medallist at the 2018 World Championship with partner Vanessa James, is alleged to have sent two photos of his penis to the girl, who skated at the same Florida rink as the Frenchman.

Asked to comment on the report Tuesday, Cipres' press spokeswoman told AFP: "The federation is working with him on this. He has taken on a lawyer and he will not let himself be pushed around."

Cipres has trained in the United States since 2016.

USA Today added it had seen the photos at the centre of the investigation, which were sent by Cipres from what appeared to be his verified Instagram account on December 3 2017.

The newspaper said Cipres' coaches -- former Olympians John Zimmerman and Silvia Fontana -- had warned the girl's family not to report the incident to authorities at the time.

According to USA Today, a fourth adult was also involved in the incident, named as coach Vinny Dispenza.

Dispenza is alleged to have told the girl and another underage girl to message Cipres requesting photos in exchange for the promise of a pizza.

USA Today said the girl and her parents were urged by Zimmerman and Fontana not to raise the matter with police of the US Center for SafeSport so as to avoid disrupting Cipres and James' 2018 Olympic preparations.

The girl said she had been told by Dispenza she would "never skate again" if she took the matter to authorities.

Cipres meanwhile declined comment on the allegation when contacted by USA Today. "I cannot talk with you about anything about that. I mean, I have nothing to say about this allegation," he was quoted as saying.

The case was reported to the US Center for SafeSport, which was set up in 2017 to investigate sexual abuse in Olympic sports, by a friend of the family in August this year.

SafeSport has declined to confirm an active investigation is underway citing the organization's policy.