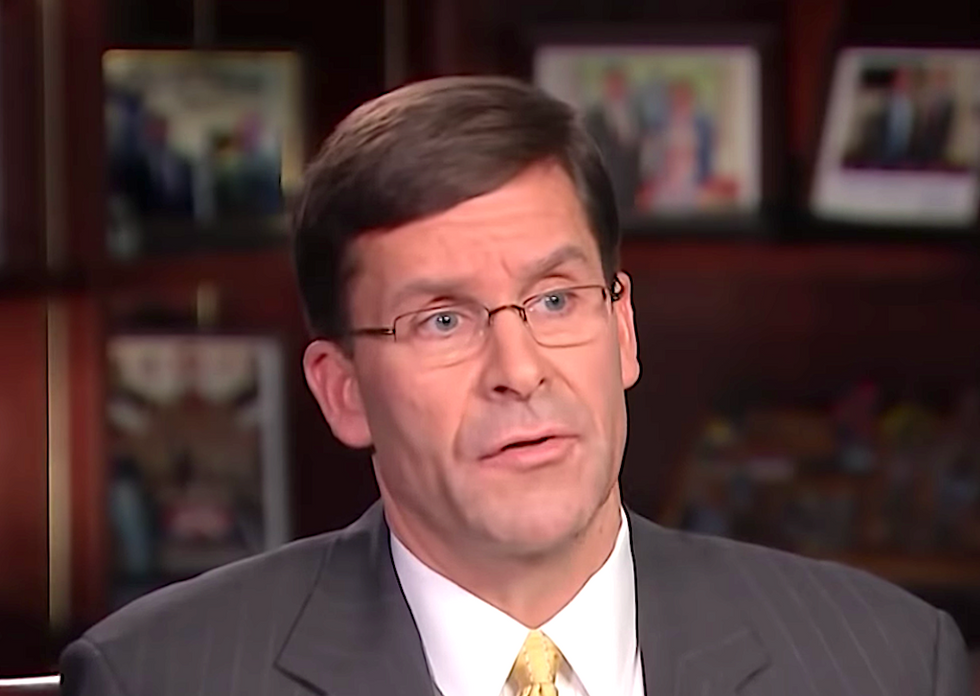 This Tuesday, Democrats released a 300-page report detailing evidence from the House's impeachment inquiry. According to the report's executive summary, President Trump's "scheme subverted U.S. foreign policy toward Ukraine and undermined our national security in favor of two politically motivated investigations that would help his presidential reelection campaign."

Washington Post reporter Aaron Blake highlighted one key aspect from the report in a tweet shortly after its release.

As the report states, Defense Secretary Mark Esper still hasn't handed over documents that detail emails sent to Deputy Assistant Secretary of Defense for Russian, Ukrainian, and Eurasian affairs, Laura Cooper, about the Ukrainian government inquiring about military aid allegedly held up by the Trump administration in an attempt to get Ukraine to investigate President Trump's political rivals.