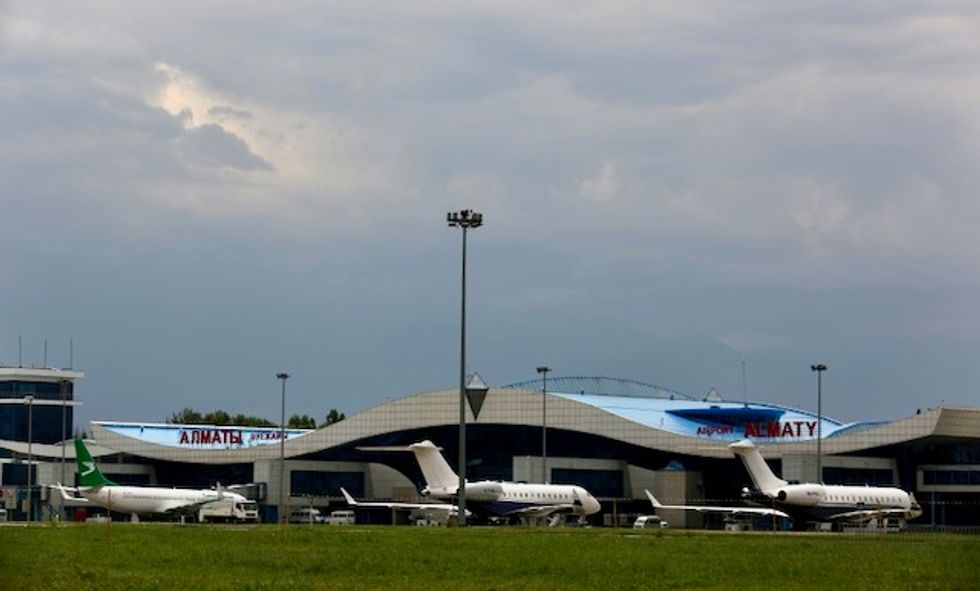 The Bek Air plane "fell off the radar" minutes after it took off from Almaty airport at 7.05 am (01:05 GMT) on its way to the capital, Nur-Sultan, the airport authority said in a statement.

"There are 14 dead at the (crash) site," the city government said in a statement sent from its Telegram messenger app.

It added that a further 17 patients were being treated in hospital in a "serious condition", including at least eight children.

AFP /Graphic on the fatal Kazakhstan plane crash on Friday

A video, released by the Central Asian country's emergencies committee, showed the front of the plane crushed into a house that was partially collapsed, as rescue crews worked to pull people from the wreckage.

Rescue workers could be seen reaching into the windows of the shattered cock pit, as scores of emergency staff gathered at the site.

President Kassym-Jomart Tokayev pledged to provide families of the victims with compensation and tweeted that those responsible "will be severely punished in accordance with the law."

Tokayev also said that a government commission had been set up to investigate the circumstances surrounding the tragedy.

In March, a Bek Air Fokker-100 plane with 116 passengers made an emergency landing at the capital's international airport after its landing gear failed to deploy. None of the passengers or five-member crew were injured.

Kazakhstan's industry ministry said in a statement Friday that the Fokker-100 model would be grounded until the cause of the accident became clear.