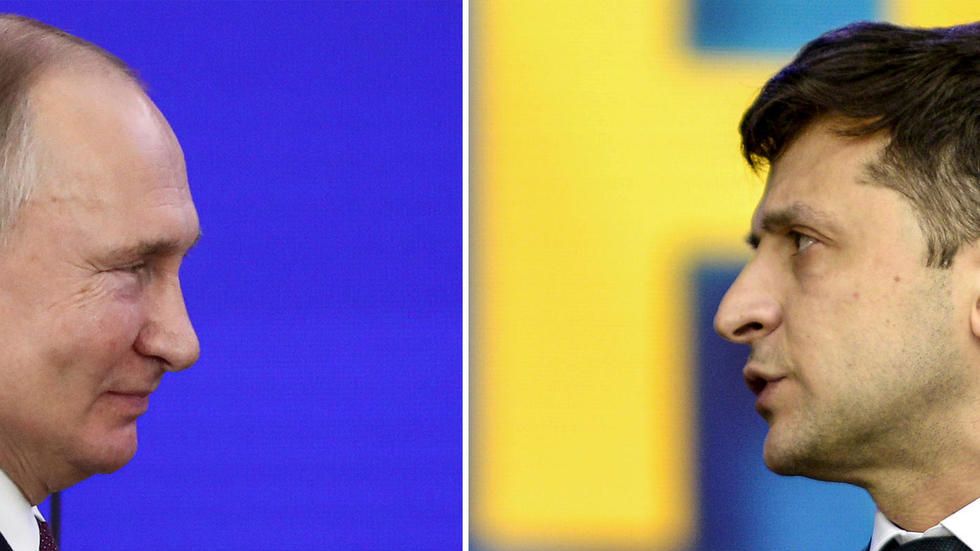 When Vladimir Putin and Volodymyr Zelensky meet on Monday it will be an encounter between two very different presidents -- one an establishment strongman with years of experience, the other a neophyte rebel learning the ropes.

The Russian and Ukrainian presidents will be holding their first face-to-face talks in Paris at a summit with French President Emmanuel Macron and German Chancellor Angela Merkel on the conflict in eastern Ukraine.

For Putin, it will be a chance to take further steps to reduce Russia's isolation over its 2014 annexation of Crimea and backing for eastern Ukrainian separatists.

For Zelensky, the stakes are much higher: a potential end to a conflict that has ravaged much of his country, left more than 13,000 people dead and forced more than a million from their homes.

For both men it also will be a chance to size up their opponent in what is likely to be a long contest over the future of Ukraine.

After nearly 20 years in power, Putin brings to the ring a wealth of experience on the global stage.

The 67-year-old former KGB agent has overseen Russia's rise to resurgent world power, with growing influence from the Middle East to Latin America.

He has cracked down on nearly all political opposition, while fostering a tough-guy image with shirtless photos and defiance of Western criticism.

A comedian and actor, Zelensky rode a wave of discontent to become Ukraine's leader in May with no previous political experience -- other than playing the president on television.

Casual and easy-going, the 41-year-old walked from his home in Kiev to his inauguration and regularly appears without a tie.

He has met a number of friendly leaders in recent months but the talks with Putin will be his first foray into world-scale diplomacy.

Anatoliy Oktysyuk, a political analyst with Democracy House in Kiev, said the two men's backgrounds could hardly be more different.

"Putin is a global political heavyweight, with extensive experience in negotiations with leaders of big states," Oktysyuk said.

"Zelensky is an actor and comedian."

Putin goes into the talks with the full weight of the Russian state behind him, his power undisputed and nearly unchecked.

Russia's economy has suffered under sanctions imposed by the West but Putin remains the head of a global diplomatic power and major energy exporter, and commander of one of the world's largest militaries.

Zelensky is only months into his term, with a parliament that is loyal but inexperienced and nationalist critics ready to jump on any concession to Moscow.

His country is now the poorest in Europe, its economy battered by five years of conflict and reliant on foreign aid.

Both men have also been sucked into US politics and the impeachment process -- Putin as the alleged meddler-in-chief in the 2016 election and Zelensky as the supposed target of pressure from President Donald Trump.

But Zelensky has had more trouble weathering the attention and in recent weeks complained of being "tired" of the scandal.

"Zelensky will be very tense" going into the talks with Putin, said Arkady Dubnov, a Moscow-based political commentator.

"He is not the master of this situation, so he may be aggressive... and not give in where a more experienced politician would concede."

Putin may have the advantage in experience and clout, but Zelensky brings an underdog's flair for the dramatic.

Since coming to power promising to end the east Ukraine conflict, he has managed several surprising moves, including a historic exchange of prisoners and the withdrawal of some frontline forces.

Putin last month hailed "positive steps" in Ukraine and even described Zelensky as a "likeable" leader.

He told AFP at a forum in Kiev in early September that talks with Russia were essential and he had a "feeling" Putin was looking to improve ties.

A few weeks later, he held up a bullet in his speech at the UN General Assembly in New York and railed against "Russian aggression".

Mark Galeotti, an associate fellow with RUSI in London, said Zelensky was the unknown going into the talks.

"We know what we get with Putin," said Galeotti, the author of "We Need to Talk About Putin", a book on how the West often misinterprets the Russian leader.

"With Zelensky, we have seen multiple Zelenskys.... And we're not sure which one we're going to get."