Republicans know 'deep in their guts' Trump is nuts -- but are too 'numb' to speak out: Ex-GOP lawmaker 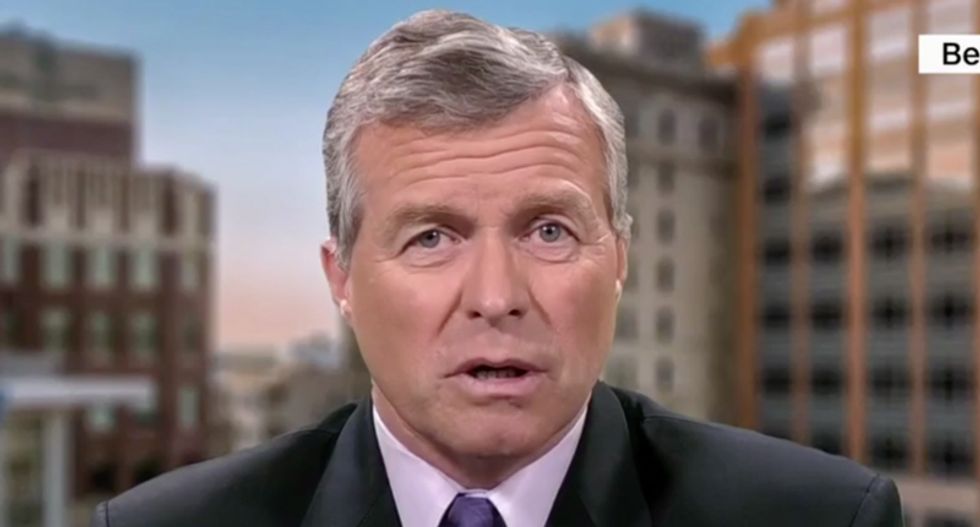 Former Rep. Charlie Dent (R-PA) on Tuesday told CNN's Brianna Keilar that many of his one-time colleagues believe that President Donald Trump is mentally unfit to be president, but are too emotionally "numb" over his daily barrage of insanity to say anything about it.

After debunking the president's latest false claims about the FBI illegally "spying" on his presidential campaign, Keilar asked Dent to react to comments made by former Rep. Dave Trott, who said he personally believed that Trump shouldn't be president, but held back on that criticism publicly out of fear of being targeted by a mean tweet.

"I was in the meeting with Dave Trott when he made some critical statements to the president, during the time of the health care debate and the president's leadership on that subject," Dent explained. "But I think Dave Trott is correct, that many members do question the president's fitness all the time. This is nothing new, and the fact that more aren't willing to say it publicly, I do think, is problematic. What most of them do, they remain silent about it."

Dent went on to explain how Republicans quickly learn to ignore the president's wild tweets and racist comments just to survive dealing with reporters who ask about them.

"Members have become so numb," he said. "They know deep in their guts this is not normal, this is not okay."