Republicans put a 24-year-old in charge of winning state legislatures — and he's screwing up badly: report 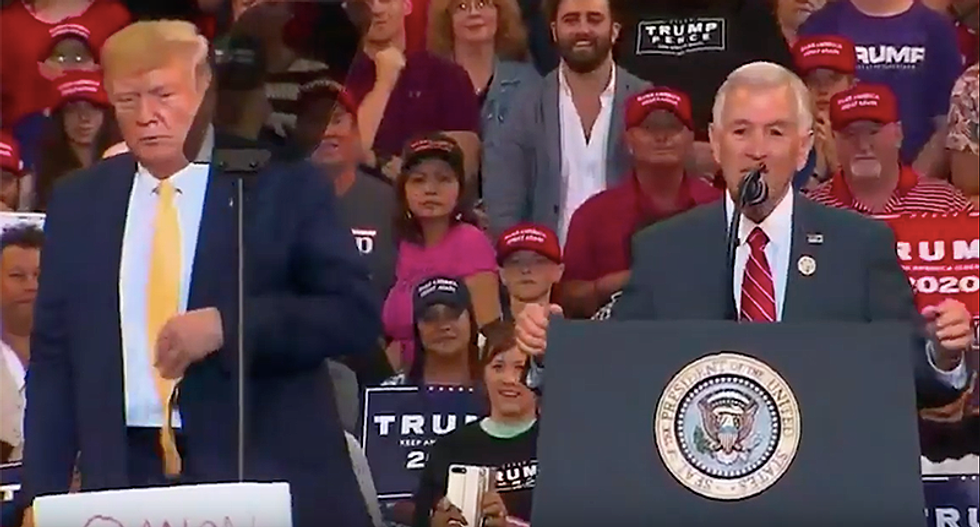 The 2020 election cycle is one of the most important in years — not just because it will decide whether President Donald Trump will serve a second term, but because state legislative races will determine which party controls the redistricting process in a number of states around the country.

In the previous such redistricting cycle, Republicans invested heavily at the local level and captured an overwhelming majority of state legislative seats, allowing them to aggressively gerrymander a number of states to lock in majorities for a decade. And they hope to accomplish the same thing in 2020 — but their current leadership isn't doing so well.

According to Politico, the Republican State Leadership Committee is in crisis, as their recently-appointed president, 24-year-old Austin Chambers, is facing a revolt from major party donors amid a series of failures. The RSLC is trailing its Democratic counterpart in fundraising, when in 2010 it had been able to outspend them 3 to 1. Furthermore, on a recent conference call, donors demanded to know why Chambers was moonlighting as a consultant for Louisiana gubernatorial candidate Eddie Rispone — which Chambers insists did not distract him from his responsibilities at the RSLC.

"Viewed in the most favorable light, these actions create terrible optics at a crucial point in the redistricting cycle," said one GOP official. "Not only do RSLC employees not have time for moonlighting — moonlighting undermines the confidence of the legislators involved in the organization and potentially some of its donors, too."

The RSLC is coming off of the 2019 elections badly bruised. Republicans lost the Virginia General Assembly, giving Democrats unified control of the state government going into 2020, and they failed to win a supermajority in the Louisiana House of Representatives — meaning that freshly re-elected Democratic Gov. John Bel Edwards, who bested Rispone, could have the power to block gerrymanders there as well.

This is on top of the fact that gubernatorial elections will give Democrats power to block GOP gerrymanders in Wisconsin and Pennsylvania, while voter-approved ballot initiatives strip them of the power to do so in Michigan, Utah, and Missouri (although Republicans are trying to repeal the latter reform).

The upshot is that Republicans will have a harder time winning state legislatures, and using that power to gerrymander, than they did in the previous round of redistricting — and RSLC leadership's chaos is not helping.

Others are coming forward with complaints against cop unit behind Tyre Nichols' death: prosecutor

SCORPION, the now-infamous Memphis crime-suppression police division responsible for the fatal beating of Tyre Nichols, did not start their pattern of violence with that traffic stop, said Shelby County District Attorney Steve Mulroy on CNN Monday — and other people are coming forward against the now-disbanded unit with complaints about excessive force and abuse of power.

This comes as a sixth police officer in the SCORPION unit who was on the scene, Preston Hemphill, has been relieved of duty, but not fired, in connection with the attack, as five other officers face murder charges.