Rift emerges between McConnell and Trump as president seeks to turn impeachment ‘into a spectacle’: report 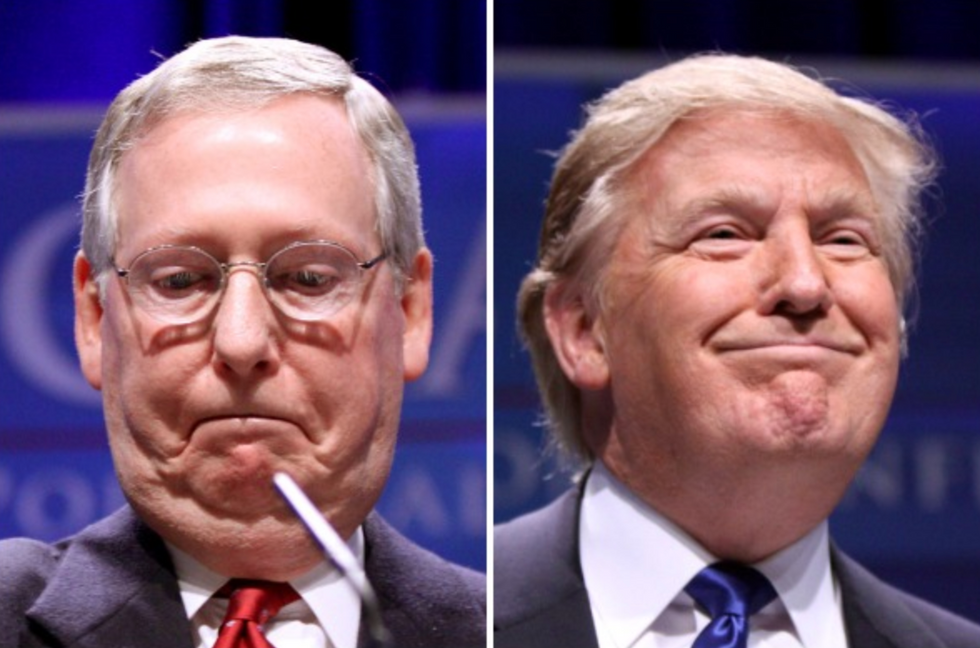 As the Senate impeachment trial against President Trump looms, there's a growing rift between Trump and Senate Majority Leader Mitch McConnell as to how the trial should move forward, CNN reports.

McConnell is reportedly hoping for a speedy trial in order to avoid further "partisan warfare." But according to CNN, Trump wants the "dramatic event" that the trial would likely produce, "hoping to turn it into a spectacle, which he thinks is his best chance to hurt Democrats in the election."

"Any difference of strategic opinion is as much a reflection of the fluid nature on what a Senate trial will entail, multiple people involved said," CNN's Kaitlan Collins and Phil Mattingly report. "McConnell himself has repeatedly said publicly that at this point, there simply isn't an answer as to the length, structure or potential witnesses until the House moves further along with its articles of impeachment. For the moment, these people say, ideas or specific positions on how a trial should go are just that: ideas and opinions. The final form will likely be dictated by where McConnell's 53-member conference stands on the issue in the weeks ahead."

McConnell also reportedly wants a bipartisan resolution as to how the trial should proceed, and is planning to meet with Senate Democratic Leader Chuck Schumer to work out such a resolution.