'Shame on you!' Trump supporters freak out after TV station cuts president out of 'Home Alone 2' to save time 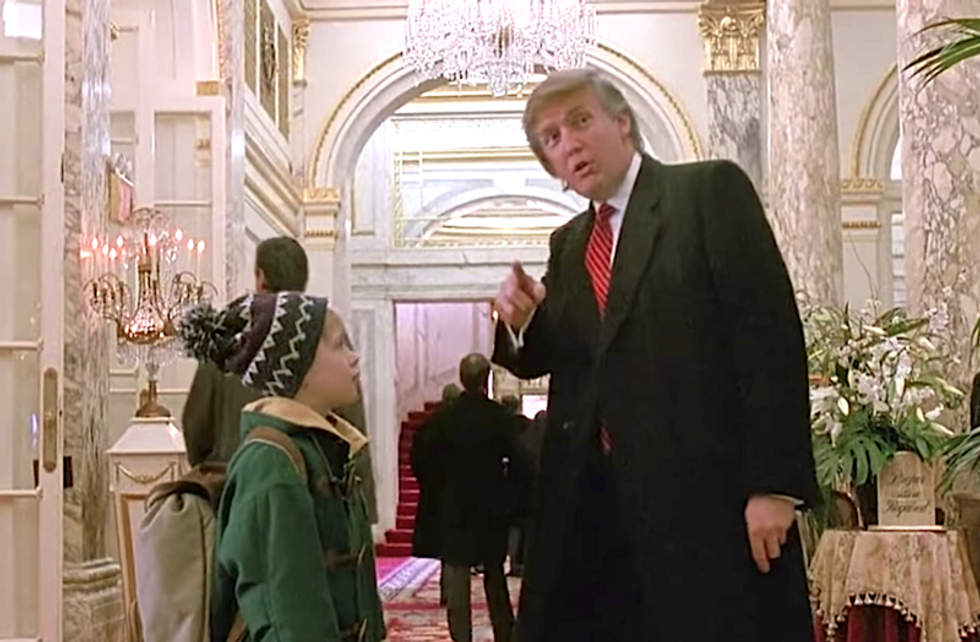 As Canadians watched the Holiday movie Home Alone 2: Lost in New York on the CBC airwaves this month, some noticed that Donald Trump's cameo scene had been cut. As backlash began to brew, the CBC issued a statement saying that the scene's removal was not politically motived, but just a standard edit to allow for more commercials.

"As is often the case with features adapted for television, Home Alone 2 was edited to allow for commercial time within the format," the CBC told comicbook.com.

But despite that explanation, many of Trump's supporters are seeing a politically biased conspiracy of censorship:

Imagine being a Canadian taxpayer having to compulsorily fund the state broadcaster CBC and then endure this level… https://t.co/yrBMCY3CQE
— Simon Kent (@Simon Kent) 1577374837.0