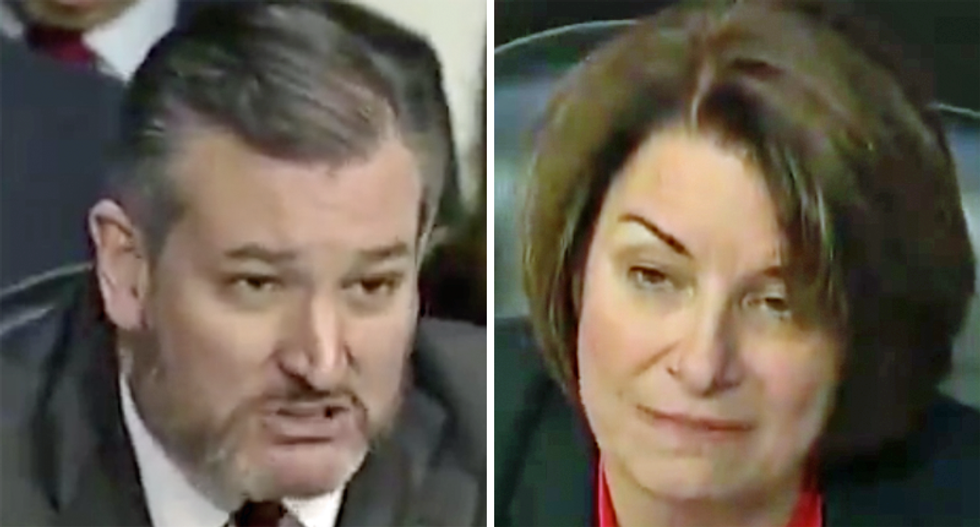 Sen. Ted Cruz (R-TX) loudly and angrily bashed the Federal Bureau of Investigation during his time to speak during Wednesday's hearing of the Senate Judiciary Committee.

Cruz ended his speech with two cultural references from the last century, citing fictional spy Jason Bourne who was first introduced by novelist Robert Ludlum in 1980 and Mike Judge's characters Beavis and Butt-head from the TV show of the same name that debuted in 1993.

"This wasn't Jason Bourne, this was Beavis and Butt-head," Cruz argued.

Cruz was followed by Sen. Amy Klobuchar (D-MN), who quickly shifted away from such a style of interrogation.

"Alright," Klobuchar began, "I want to tone things down a little bit here."