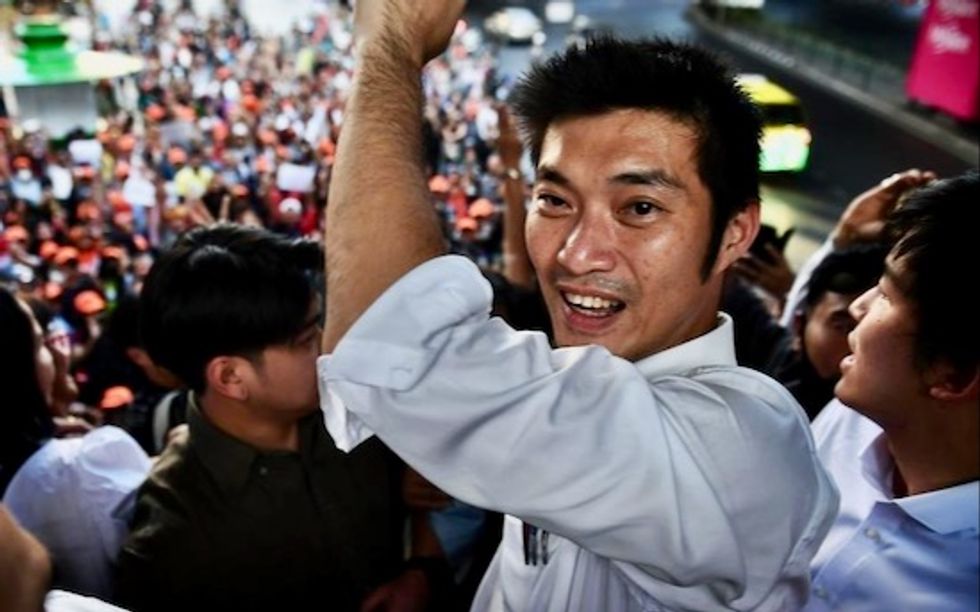 A Thai court on Wednesday said it would rule on a complaint to dissolve an upstart opposition party over alleged plots to overthrow the constitutional monarchy, a decision that could test the stability of the new government.

The accusations against the Future Forward Party link its upside-down triangle logo to the supposed symbol of the Illuminati, which many conspiracy theorists -- without offering serious evidence -- claim is a secret society pursuing world domination.

On January 21, judges of the Constitutional Court will rule on whether Future Forward, its frontman Thanathorn Juangroongruangkit and other party executives carried out "actions" against the constitutional monarchy, the court said in a statement. It did not provide any details about those actions.

Future Forward barged onto Thailand's political scene ahead of the March elections with the charismatic billionaire Thanathorn, who delivered stinging critiques of the military junta, which seized power in 2014.

Young Thais responded at the ballot box, giving the party more than six million votes and nearly 80 seats in parliament, making it the third largest.

But legal complaints quickly piled up against Future Forward and Thanathorn was stripped of his MP status by the Constitutional Court last month.

Future Forward denies all allegations and says they are intended to hamstring the party, which has angered the arch-royalist establishment with controversial proposals such as an end to military conscription.

A Future Forward spokesperson tweeted hashtags in Thai saying the party was not afraid and that it would not step back.

The party has also come under fire for an unprecedented political objection in parliament to a royal command in a country where the monarchy -- one of the richest in the world -- is at the apex of power.

The palace is buttressed by the military and business elite, and protected by one of the world's harshest anti-defamation laws.

The court also said it had accepted a separate case against Future Forward for alleged illegal loans from Thanathorn.

Future Forward MPs could remain in parliament after any dissolution if they switch parties, presenting an opportunity for the razor-thin coalition of former junta leader Prayut Chan-O-Cha.

But the decision could spark anger among voters, thousands of whom rallied with Thanathorn in Bangkok earlier this month in a massive show of support.

Political parties have been dissolved before by courts in Thailand and no civilian administration has completed its term since 2006.

In March, the Constitutional Court disbanded another party shortly before the election, ruling that its nomination of a Thai princess as prime minister was "hostile" to the constitutional monarchy.