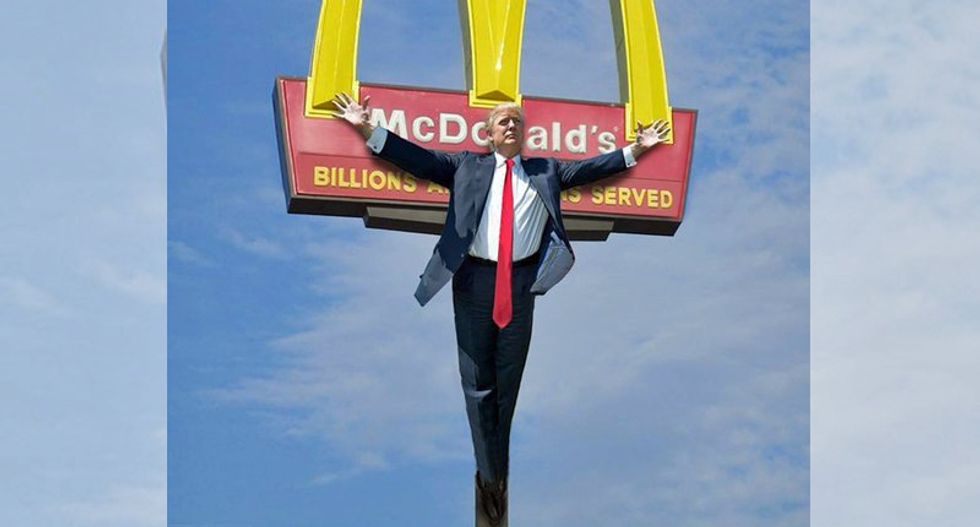 President Donald Trump was compared to Jesus Christ by a southern Republican during Wednesday's floor debate on impeachment.

Rep. Barry Loudermilk (R-GA) offered his analogy during a speech against impeachment.

.@RepLoudermilk: "When Jesus was falsely accused of treason, Pontius Pilate gave Jesus the opportunity to face his… https://t.co/ZRFUkjlkwy
— CSPAN (@CSPAN)1576697234.0

...and there it is. A Republican Representative just compared Trump to Jesus. The only thing Trump nails are adult… https://t.co/qus9ejEApZ
— Craig Rozniecki (@Craig Rozniecki)1576696411.0

Did that dumb motherfucker just compare Trump to Jesus and the Democrats to Pontius Pilate? #impeachmentday
— Max (@Max)1576696298.0

Props to Rep. Loudermilk for comparing Trump to Jesus without bursting into laughter or flames. https://t.co/tXAIdTfWIa
— Amee Vanderpool (@Amee Vanderpool)1576698089.0

No this fool did not just compare Trump to Jesus I'm done I can't deal the level of idiocy is just too much #ImpeachmentDay
— Treyshawn Porche (@Treyshawn Porche)1576696505.0

If you really want to compare Trump to Jesus Christ, remove him from office and see what happens in three days.
— Collin Murr (@Collin Murr)1576696536.0