‘The president can’t read’: Trump mocked for saying IG report was ‘far worse than I ever thought possible’ 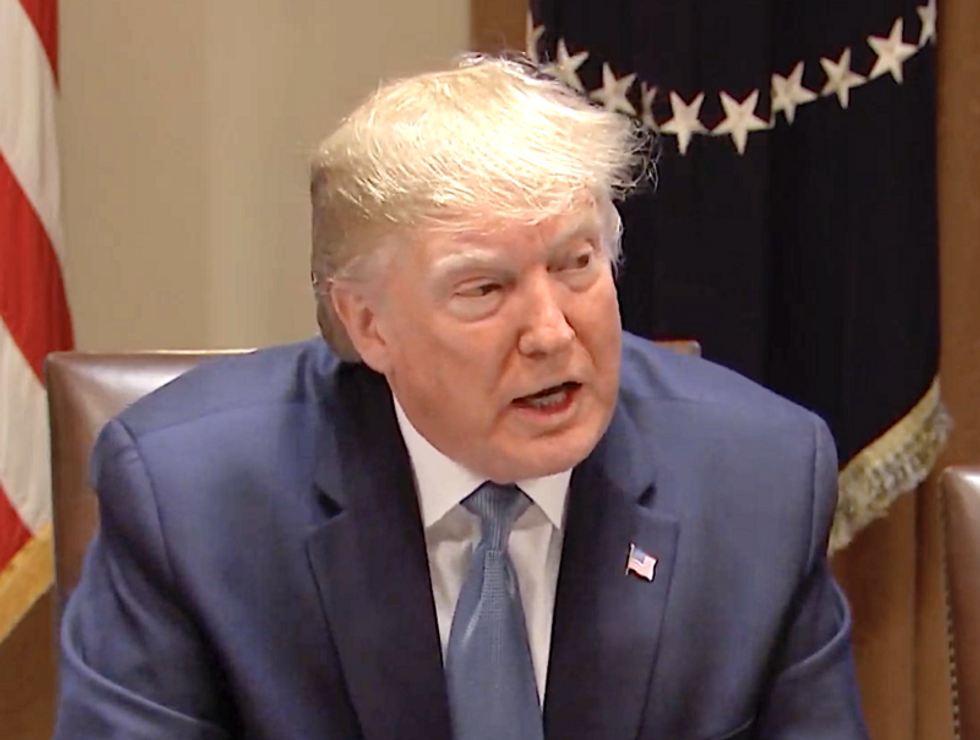 Responding to the Justice Department Inspector General Michael Horowitz’s report regarding the FBI's investigation into Donald Trump's 2016 presidential campaign and Russia, the President lashed out at the report's conclusions, calling them a "disgrace."

“They fabricated evidence and they lied to the courts. This was an attempted overthrow and a lot of people were in on it, and they got caught,” Trump said, adding that it as “a very sad day” and “probably something that’s never happened in the history of our country.”

But Trump's characterization of the report didn't reflect its contents, as Horowitz found “no political bias” in the FBI's investigation, although he did discover “serious performance failures.”

Many on Twitter were quick to point out that Trump either wasn't properly briefed on the report or simply was disseminating a lie.

@markknoller @oneunderscore__ Literally the opposite of the report's conclusions.
— Brad Reed (@Brad Reed)1575918596.0

@markknoller @oneunderscore__ More Proof that the president can’t read or comprehend . Shouldn’t even be in office period!
— sylvia (@sylvia)1575918965.0

@markknoller Someone tell him it falls just short of a complete and total exoneration of the FBI.
— The Swede (@The Swede)1575918408.0

@SparksMom53 @atrupar None of his followers will read the report. They will simply digest the BS he is feeding to them.
— megster (@megster)1575922802.0