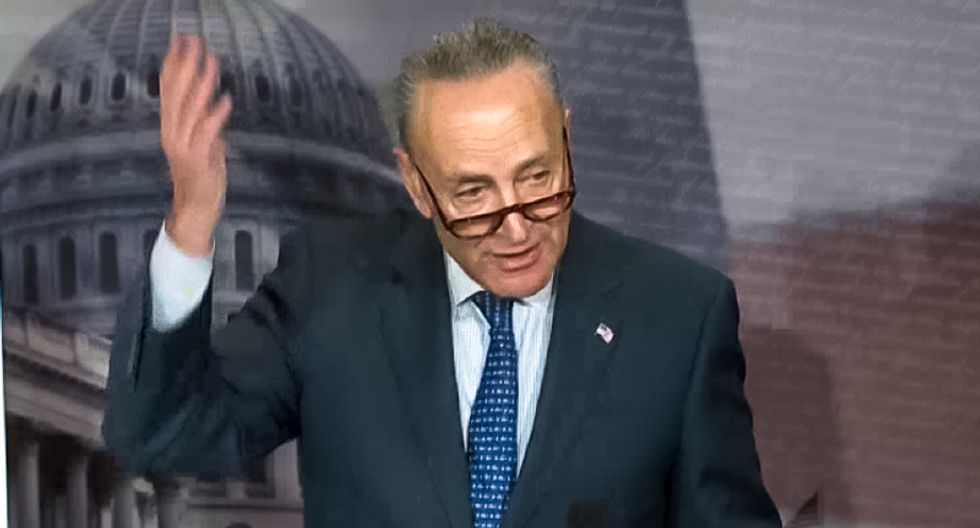 While speaking to reporters, Schumer said that McConnell had indicated he was ready to negotiate on rules for a Senate trial.

"Senate Democrats believe strongly that the trial must be fair and it's very important that the American people judge it to be fair," Schumer said. "A fair trial is one where senators get all the facts and one that allows them to adjudicate the case impartially."

"Trials have witnesses!" he exclaimed at one point.

In a letter to McConnell, Schumer called for four witnesses to be heard, including acting White House Chief of Staff Mick Mulvaney and former National Security Adviser John Bolton.

The minority leader said that a trial without witnesses would suggest that both Trump and McConnell have something to hide.

"To engage a trial without the facts coming out is to engage in a cover-up," Schumer charged. "If Leader McConnell doesn't hold the full and fair trial the American people will rightly ask, what are you, Leader McConnell, and what is the president hiding?"

Sen. Chuck Schumer: "I haven't seen a single good argument about why these witnesses shouldn't testify, or these do… https://t.co/O8XGLH1Xwh
— Evan McMurry (@Evan McMurry) 1576524338.0