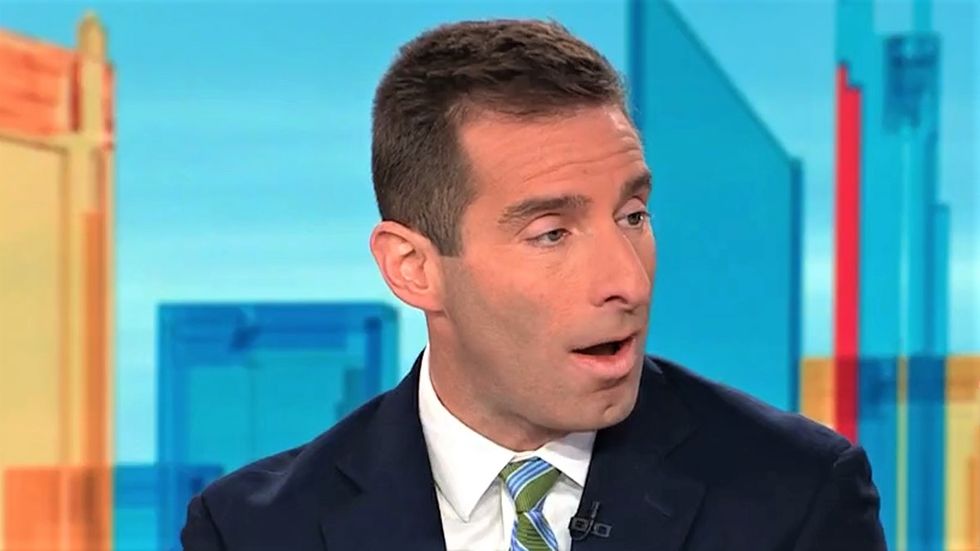 On Wednesday, the Office of Management and Budget released a memo offering an explanation for the Trump administration’s decision to withhold military aid to Ukraine earlier this year: OMB needed to make sure the funds weren’t being released “prematurely.” But legal journalist Jerry Lambe, in a December 12 article for Law & Crime, notes that not everyone finds that explanation convincing.

House Democrats, this week, officially announced two articles of impeachment against President Donald Trump: one for abuse of power, the other for obstruction of Congress. House Speaker Nancy Pelosi, House Judiciary Committee Chairman Jerrold Nadler and other Democrats are arguing that Trump abused his power when, on July 25, he tried to pressure Ukrainian President Volodymyr Zelensky to investigate former Vice President Joe Biden and his son, Hunter Biden — and withheld military aid to Ukraine while awaiting the investigation.

In the Wednesday memo, OMB General Counsel Mark Paoletta wrote, “It was OMB’s understanding that that a brief period was needed, prior to the funds expiring, to engage in a policy process regarding those funds. OMB took appropriate action, in light of a pending policy process, to ensure that funds were not obligated prematurely in a manner that could conflict with the president’s foreign policy.”

The White House budget office asserts in a new legal memo that it withheld aid to Ukraine this summer to "engage in… https://t.co/kHmW0ZQM94
— Vicky Ward (@Vicky Ward)1576166195.0

In the memo, Paoletta asserted that OMB has “significant discretion in determining how and when funds are released.”

“For decades,” Paoletta wrote, “OMB has routinely used its apportionment authority to prevent funds from being used. Often, in managing appropriations, OMB must briefly pause an agency’s legal ability to spend those funds for a number of reasons, including to ensure that the funds are being spent efficiently, that they are being spent in accordance with statutory directives, or to assess how or whether funds should be used for a particular activity.”

But as Lambe points out, some legal experts find that explanation problematic — for example, CNN’s Elie Honig, who tweeted, “This would’ve been much more convincing if it had been written *before* the scandal was exposed.”

On top of that, Lambe adds, Acting White House Chief of Staff Mick Mulvaney confirmed in an October press conference that part of the reason aid to Ukraine was withheld was to make sure that the country investigated the United States’ 2016 presidential election.

Capitol rioter threatened with return to jail after violating judge's order to mask up in public: report