President Donald Trump retweeted a chart showing the degree to which the Republican tax cut was able to help working-class American wages. While the line-graph posted by Andy Puzder shows a sharp incline, closer examination reveals the percentages were in half-percent increments. So, the stats moved from about 3 percent to about 4.5 percent.

What the chart also shows, however, is that after the massive economic recession when wages plummeted, former President Barack Obama was able to move wage growth more than Trump has, thus far (0.5 percent to 3 percent).

The Republican tax cut has been largely seen as a huge flop as it was expected the cuts given to corporations would trickle down to the workers. In fact, corporations used their tax cut to buy back stocks and reinvest in their own company and not the working families on their staff. 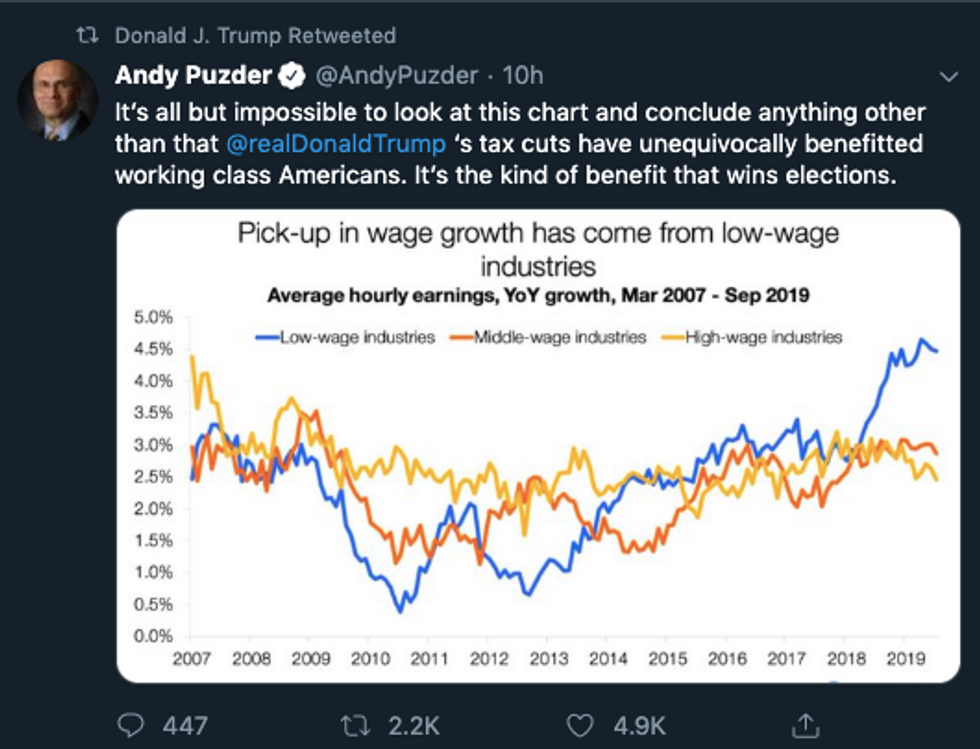