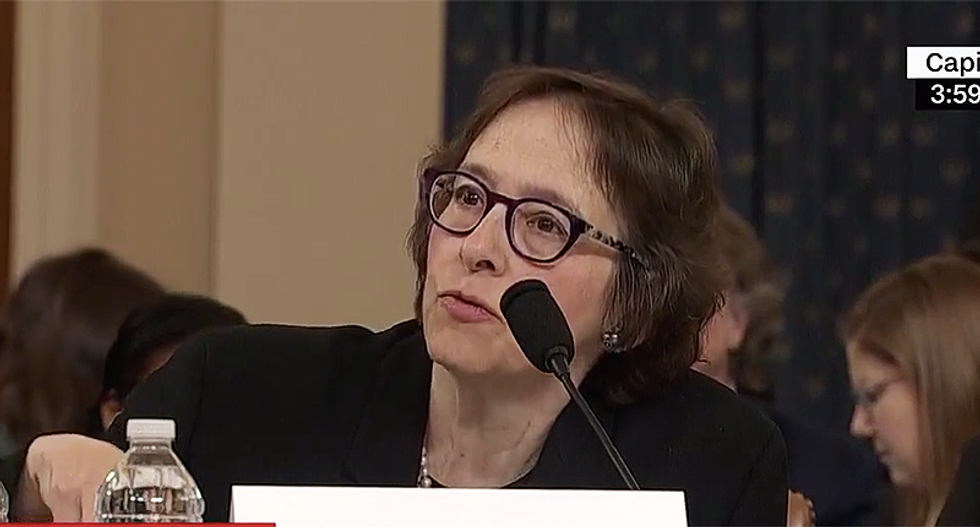 President Donald Trump's 2020 re-election campaign referred to the impeachment hearing's only female witness as a "kook" on Wednesday.

While illustrating a point that it is unconstitutional to bestow titles of nobility, Stanford Law Professor Pamela Karlan noted that Trump could name his son Barron, but could not make his son a Baron.

That constitutional law lesson was too much from Trump's team.

Trump's campaign argued, "she just went out of her way to mock and attack Barron Trump."

"Democrats have disgraced themselves by giving a platform to this unhinged, petty kook," the campaign argued.