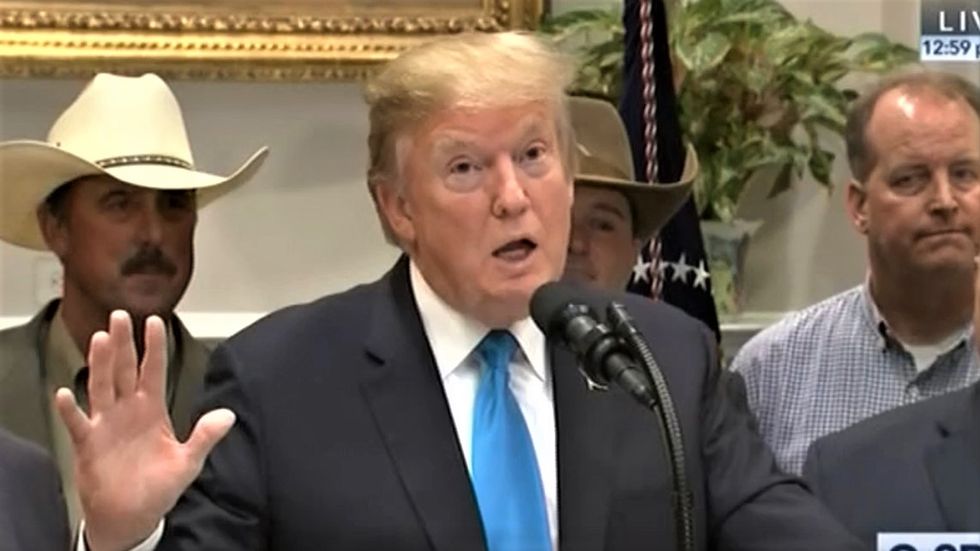 President Donald Trump admitted on Monday that he was really considering skipping any debates in 2020 between himself and his eventual Democratic opponent.

In a tweet, the president claimed that he would love to debate the Democratic nominee next year but whined that the debates commission was supposedly "unfair" to him.

"The so-called Commission on Presidential Debates is stacked with Trump Haters & Never Trumpers," the president complained. "3 years ago they were forced to publicly apologize for modulating my microphone in the first debate against Crooked Hillary."

Trump then went on to propose alternatives that would presumably stack the deck more in his favor.

"As President, the debates are up to me, and there are many options, including doing them directly & avoiding the nasty politics of this very biased Commission," he wrote. "I will make a decision at an appropriate time but in the meantime, the Commission on Presidential Debates is NOT authorized to speak for me (or R’s)!"

Vox.com's Aaron Rupar notes that the president's claim about the debate commission giving him a "public apology" in 2016 after some issues with his microphone arose during the debate is completely false.