Trump ‘is much stranger than any diagnostic category’: Psychology professor says he is not ‘like other dictators’ 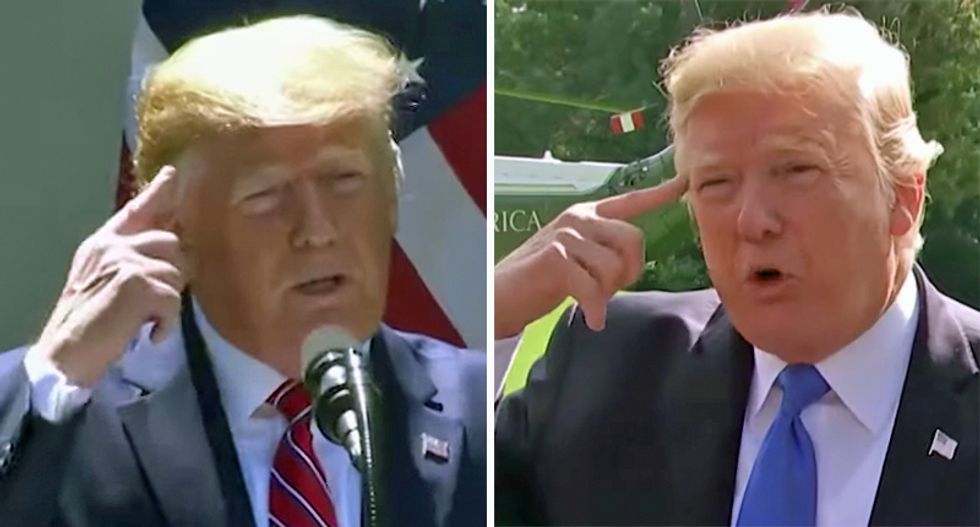 The American Psychiatric Association pushes the Diagnostic and Statistical Manual of Mental Disorders. Currently, in its fifth edition, the book is known as DSM-5.

"Without putting the president on the couch, are you willing to say he has a 'personality disorder' as in the DSM classifications?" Sharma asked.

"I do not find the clinical categories of the DSM all that useful in explaining how a person has come to be and in making sense of a person’s life, including President Trump. He is much stranger than any diagnostic category can convey, in my opinion," McAdams replied.

"There is no diagnostic label that captures his unique blend of attributes and orientations," he explained. "Among the most interesting features of Trump’s inimitable personality are (1) his peculiar form of extraversion-based charisma, (2) his startling lack of an animating life narrative in his own mind to make sense of who he is and how he came to be, and (3) his belief, shared unconsciously by a percentage of his supporters, that he is not 'a person' – he is more than a person, like a superhero, like a primal or mythic force, but less than a person, too, in that he is not held morally accountable in the same way that other persons are. I am not speaking metaphorically."

"He wakes up every morning ready to do battle with his enemies, and he wins by developing tactics that are unprecedented and completely audacious. He did this in the real estate industry in the 1980s, and he does it today. Because he has no story for his life in his own head, Mr. Trump approaches each day as a new episode, with a new battle to win," he said. "All that matters is winning the episode. The episodes do not build from one to the next. There is no narrative flow to Donald Trump’s life, at least not in his own head."

"This is why he is able to lie with such shameless abandon, and why he is unpredictable from one moment to the next. All tactics, no strategy," McAdams explained. "Each day is a different battle, ending in victory or defeat. The days do not add up. This is not a long-term war with a cumulative plot. It is, instead, a series of one-off skirmishes, one after the other, day after day after day. This is how he has always lived. And now we are living it with him."

"Do you think the president reflects the times we are in globally, in which dictatorial strongmen are able to get people's votes in a populist wave? We see this in the EU, Asia, Eastern Europe, and Latin America. So might he be a reflection of the times where globalization has failed people significantly?" Sharma asked.

"Yes, I believe this is probably true. But President Trump is still a one-off. He is not fully like other dictators, either. And I am not sure he can be replicated," he replied.

McAdams is the author of the forthcoming book The Strange Case of Donald J. Trump: A Psychological Reckoning.