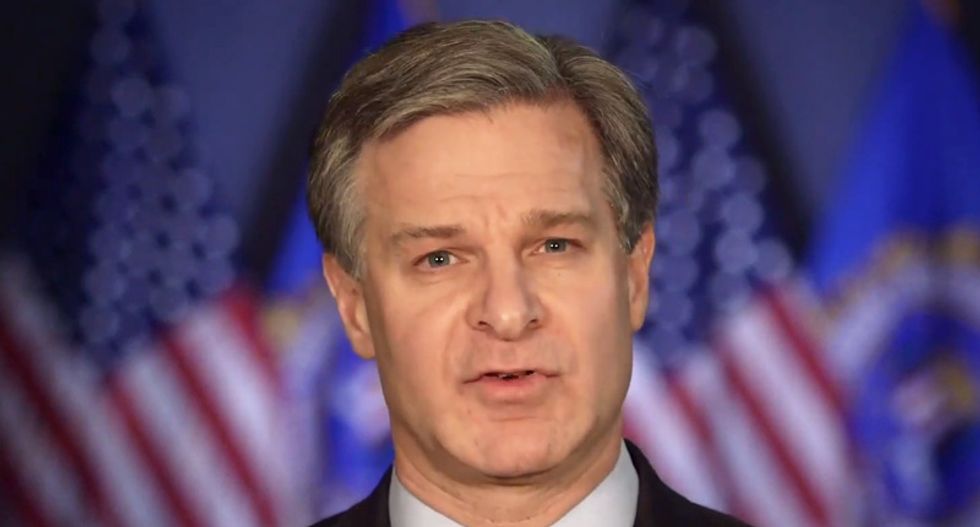 FBI Director Christopher Wray — who was installed in his position after President Donald Trump fired James Comey, the event that launched Robert Mueller’s investigation — sharply broke with the White House and Attorney General Bill Barr on Monday over the new inspector general report.

Michael Horowitz, the IG for the Department of Justice, released the conclusions of his investigation into the opening of the 2016 investigation of the Trump campaign and its ties to Russia, which eventually became the Mueller probe. Horowitz found many errors and questionable decisions by people working on the case, but he fundamentally determined that it was adequately predicated and that it was not started based on political motivations or because of bias.

The idea that the whole thing was a witch hunt to get Trump — or even “treason,” in the president’s words — has been aggressively pushed by the White House and its defenders, Barr, too, has pushed this line, even if he uses less provocative language. And on Monday, Barr announced that he disagreed with Horowtiz’s conclusion that opening the investigation was justified. Even more startling was that U.S. Attorney John Durham, who Barr has tasked with conducting a criminal investigation of the origins of the Russia probe, announced that his investigation gave him reason to disagree with Horowitz’s conclusions — an announcement that is highly irregular and suspicious in the middle of an investigation.

Wray, on the other hand, backed up Horowitz in an interview and defended the bureau.

Asked what the biggest takeaway from the report was, Wray said: “The inspector general did not find political bias or improper motivations impacting the opening of the investigation or the decision to use certain investigative tools during the investigations … including FISA.”

He emphasized, in stark contrast to Barr and Durham, that the FBI “fully accept[s]” the results of the IG’s report.

Wray acknowledged, though, that Horowitz found many ways in which FBI staff “fell short of the standard of conduct and performance that we, and that I as director, expect from our employees.” He also ordered “over 40 corrective actions to” address the problems uncovered.

So the IG report has apparently split key officials in the Justice Department — Wray and Horowitz coming out against the president’s conspiracy theories, and Barr and Durham supporting them.

Betsy Woodruff, a Daily Beast journalist, reported last week when news broke that Barr was going to dissent from Horowitz’s conclusions that the attorney general “caused a lot of concern” for officials within the Justice Department.

“The notion that Bill Barr would believe there may not have been proper predication — which is legalese ‘a good enough reason’ — to start the Russia investigation is something that’s really disturbing to Justice Department prosecutors because they make decisions every day about what they need to know in order to get a criminal investigation started,” she said, citing an anonymous current official.  “And it’s obvious to basically all of them that the FBI’s intercepts of Russian spies reaching out to Carter Page, who had advised the Trump campaign was the proper-est predication you could get!”

She also said her source claimed there’s a “yearning” in the department for the era of former Attorney General Jeff Sessions because political interference has spun out of control under Barr.

Wray himself has previously split with the president and the attorney general before, criticizing the attacks on the Mueller investigation and disputing Barr’s claim that the Trump campaign was “spied” on. But despite predictions that Wray might be risking his job then, he has persisted. It’s not clear if he’s endangering his position now.

The fact that Trump seems to have a solid grip on Barr and Durham, though, remains deeply worrying regardless of what happens to Barr — indicating that the Justice Department is now corrupted with exactly the improper political influence that the president claims was turned against him in 2016.

Watch the clip of Wray below: