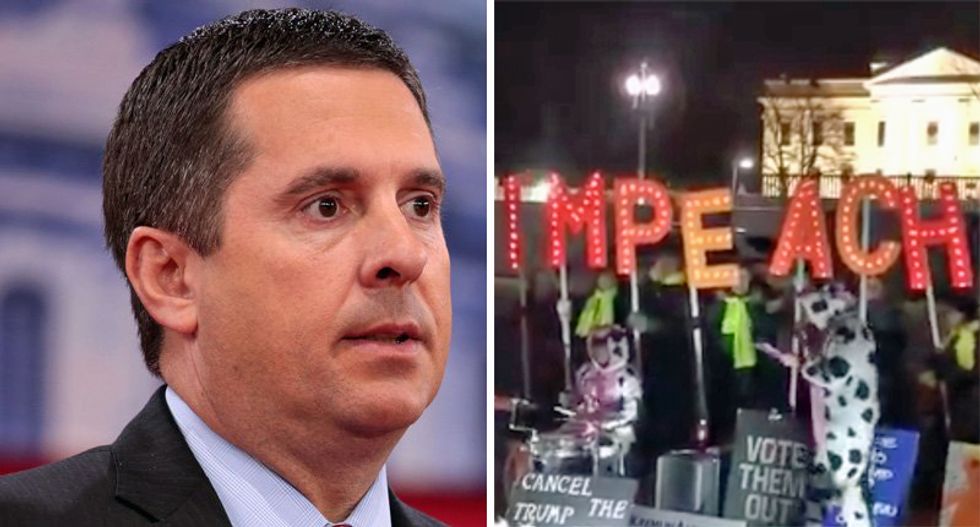 Protesters clad in full-body furry costumes sang about Rep. Devin Nunes during a Saturday protest at the White House.

The protesters were dressed as cattle after the Fresno Republican sued a fake cow Twitter, @DevinCow.

The protesters changed the lyrics to the hit 1958 Chuck Berry song "Johnny B. Goode" to "Devin Nunes."

Video of the protested was posted to Twitter by Democratic strategist Parkhomenko, who was targeted by Nunes in one of his lawsuits.

The lyrics to the 1958 Champs song "Tequila" were changed to "subpoenas."