Watch: It takes less than 5 minutes for Democrats' counsel to make the case for impeaching Trump 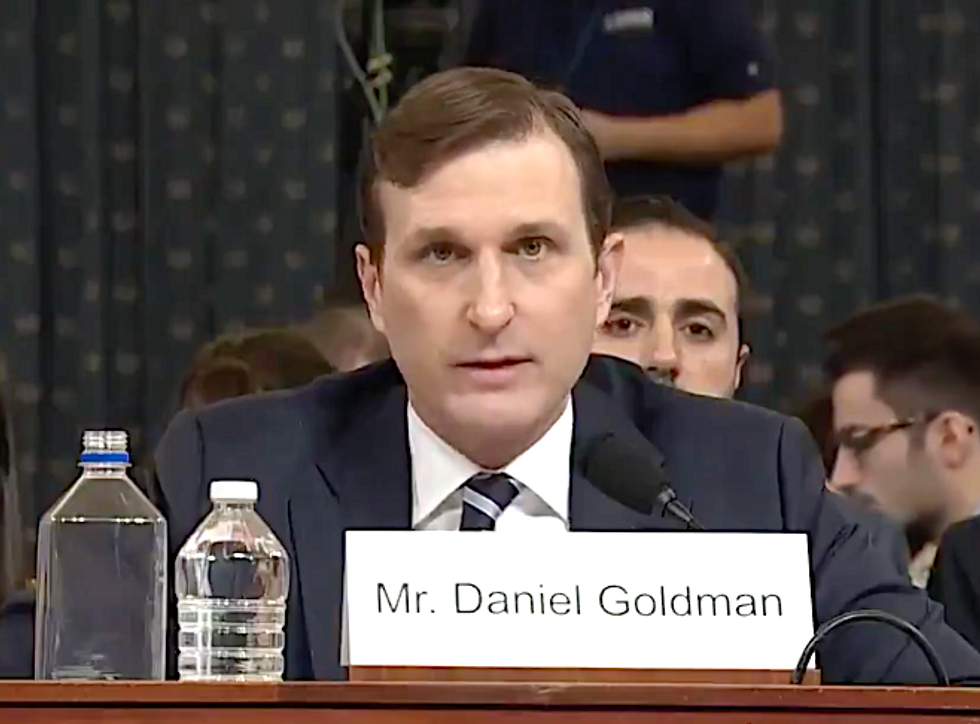 "President Trump directed a months-long scheme to solicit foreign help in his 2020 reelection campaign, withholding official acts from the government of Ukraine in order to coerce and secure political interference in our domestic affairs. As part of the scheme, President Trump applied increasing pressure on the president of Ukraine to publicly announce two investigations helpful to his personal reelection efforts," Goldman said.

"He applied this pressure himself and through his agents within and outside of the U.S. government by conditioning a desperately-sought Oval Office meeting and $391 million in taxpayer-funded, congressionally-appropriated military assistance—vital to Ukraine’s ability to fend off Russian aggression—on the announcement of political investigations helpful to his personal interests."

"When the President’s efforts were discovered, he released the military aid, though it would take congressional action for the money to be made fully available to Ukraine. The Oval Office meeting still has not happened. And when faced with the opening of an official impeachment inquiry into his conduct, President Trump launched an unprecedented campaign of obstruction against Congress, ordering executive branch agencies and government officials to defy subpoenas for documents and testimony," Goldman continued.

Majority counsel Daniel Goldman: "Were it not for courageous public servants doing their duty and honoring their oa… https://t.co/u3SyKnE8xd
— ABC News (@ABC News) 1575906638.0