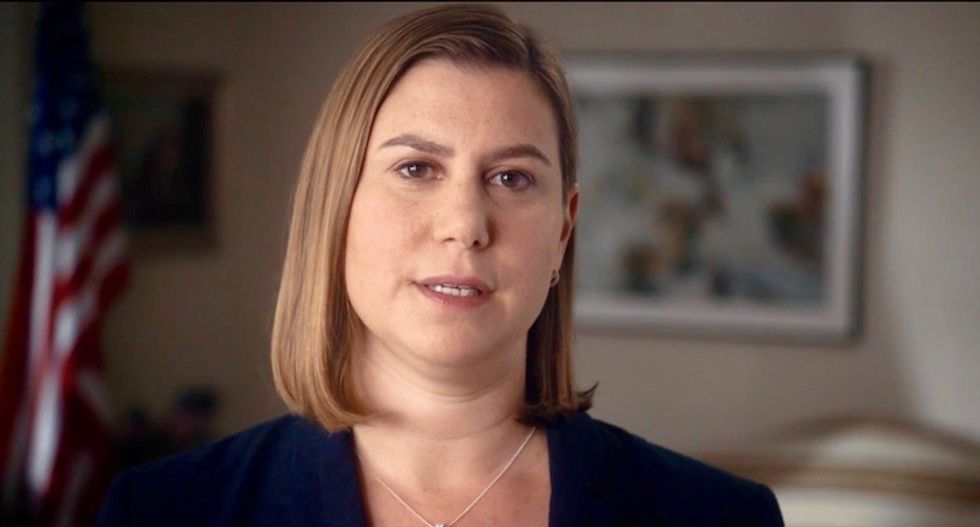 Democrat Elissa Slotkin, a former CIA analyst, worries she will be doxxed by a Super PAC aligned with Paul Ryan/Screenshot

Rep. Elissa Slotkin (D-MI) on Monday conducted a town hall in her district just hours after she'd announced that she would support both articles of impeachment against President Donald Trump.

Many of the president's supporters attended the event and regularly heckled her as she explained her rationale behind backing impeachment. However, there were also a number of supporters who stood up and gave her a round of applause when she stuck by her decision to impeach the president and said she felt "in her bones" that she is making the right decision.

Slotkin announced her decision to support impeachment in an editorial in the Detroit Free Press in which she emphasized that her background as a CIA analyst made her view the charges against Trump through the lens of America's national security.

"Over the past few months, I’ve been told more times that I can count that the vote I’ll be casting this week will mark the end of my short political career," she wrote. "That may be. But in the national security world that I come from, we are trained to make hard calls on things, even if they are unpopular, if we believe the security of the country is at stake."

Watch the video of Slotkin below.

Rep. Slotkin says she is standing on principle with her support for impeachment. "I feel it in my bones" https://t.co/sKDBBEc6IH
— Andrew Neal (@Andrew Neal) 1576514790.0