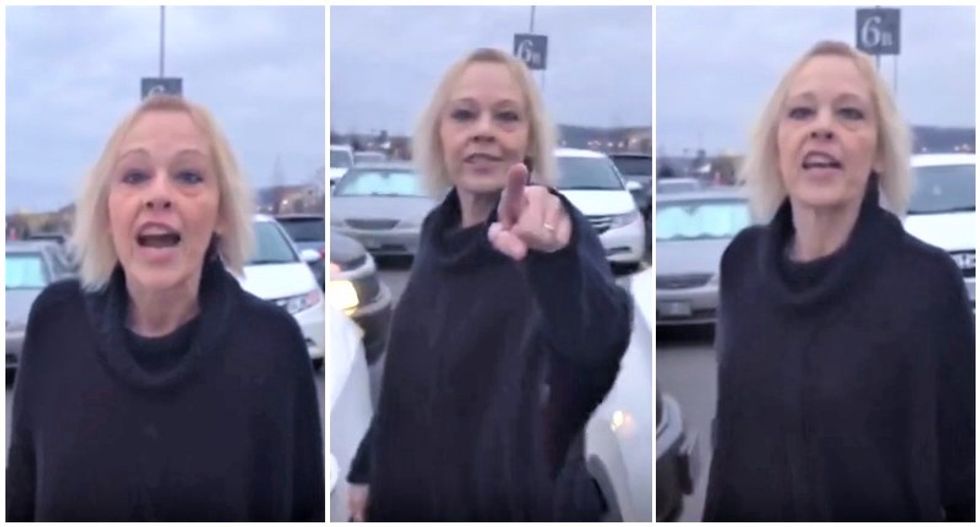 A white woman's racist rant was caught on camera this week after she had a public meltdown over what was apparently a disputed parking spot.

At the start of the video, which appears to have been filmed in Ontario, Canada, the woman can be seen calling an Asian woman a "f*cking ch*nk" before berating her for not properly using her directional blinker when she turned into a parking spot.

"Guess what -- even in China they have signal lights!" she shouted. "That's what you do when you see a signal! It's called, you use it!"

The white woman then grabbed her phone and called the police on the Asian woman even though she was the one who first initiated physical contact.

"You kicked me you b*tch!" she shouted.