'Why does he need to cheat?' Intelligence Committee lawyer reveals why he's concerned nothing will stop Trump 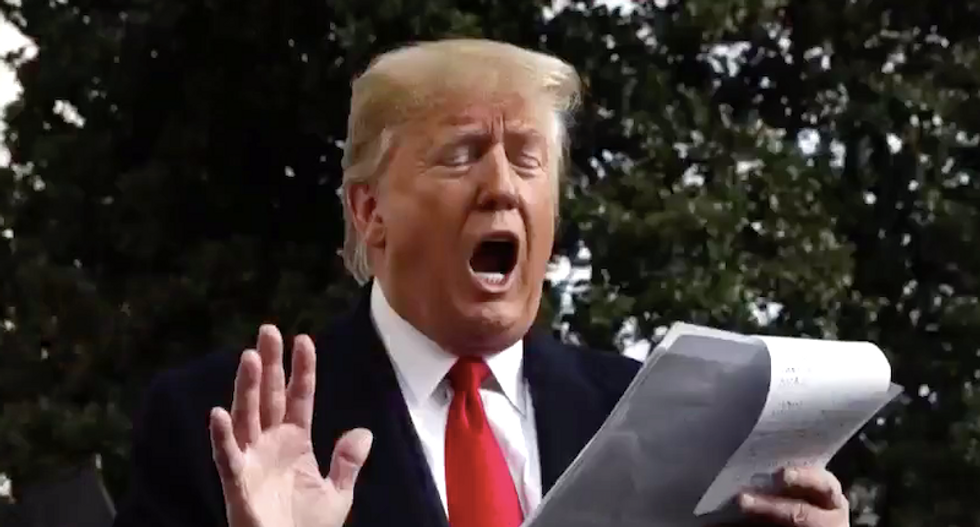 "The president's behavior is incredibly disturbing," said Mucarsel-Powell. "Russia, Ukraine, China, he's inviting three countries to help him in his reelection campaign. I don't see any reason he wouldn't ask any other government, for example, Venezuela, correct?"

"At this point, he has shown not only a willingness to do it multiple times, but more importantly for all the members' consideration, he's also shown a lack of contrition, a lack of acknowledgement what he is doing is wrong and that it is wrong," said Goldman. "If you don't recognize that it is wrong, there is no reason why you won't do it again if you've already done it."

"Exactly, we saw Guiliani in Ukraine a few days ago," said Mucarsel-Powell. "Last night, I want to point out, the Washington Post actually released an article saying that Rudy Guiliani has been now advising how to open a back-channel between President Trump and [Venezuelan President Nicolas] Maduro. So I'm very worried about that. I don't think we have any time to wait and see if any countries will take him up on the offer to help him in his reelection campaign. Mr. Goldman, did the investigative committees reach any conclusions about the ongoing threats, continuing risk the president poses?"

"Yes, for the same reasons we just discussed," said Goldman. "I think the June television interview with George Stephanopoulos this year, where the president had indicated he would once again welcome foreign inference, is another data point to understand where it is. And I would just say to Mr. Reschenthaler, who was saying that he's got such a great record and that the Democrats just don't want him to win — if that is the case, why does he need to cheat to win the election? Why can't he just go on his own platform?"