‘You can say Merry Christmas again’: Lara and Eric Trump declare victory in the War on Christmas 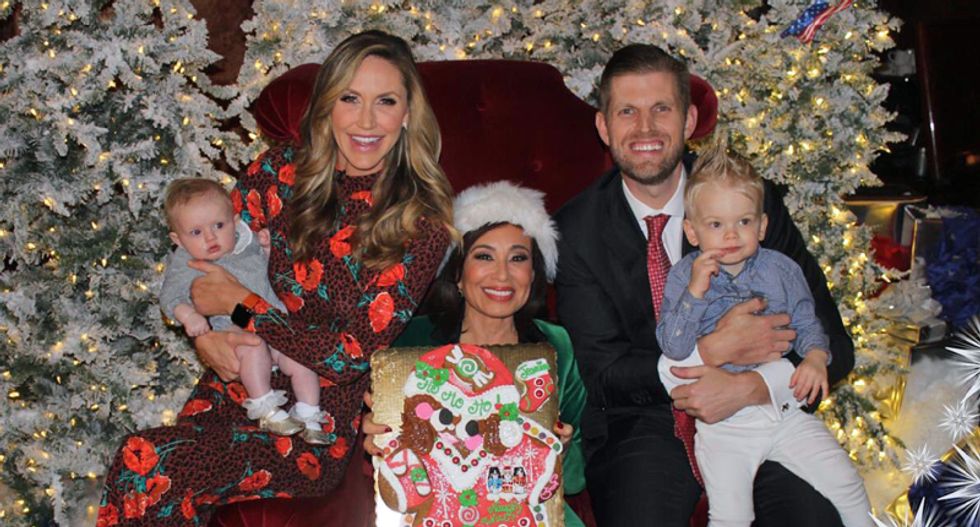 For years, conservatives have complained about a "War on Christmas" -- but President Donald Trump finally won the war, according to his son and daughter-in-law.

Pirro told the two they had "done wonderful things for the country" and said Trump had ended political correctness and people could say "Merry Christmas."

"It's incredible," Eric Trump said. "It is nice to say Merry Christmas again."