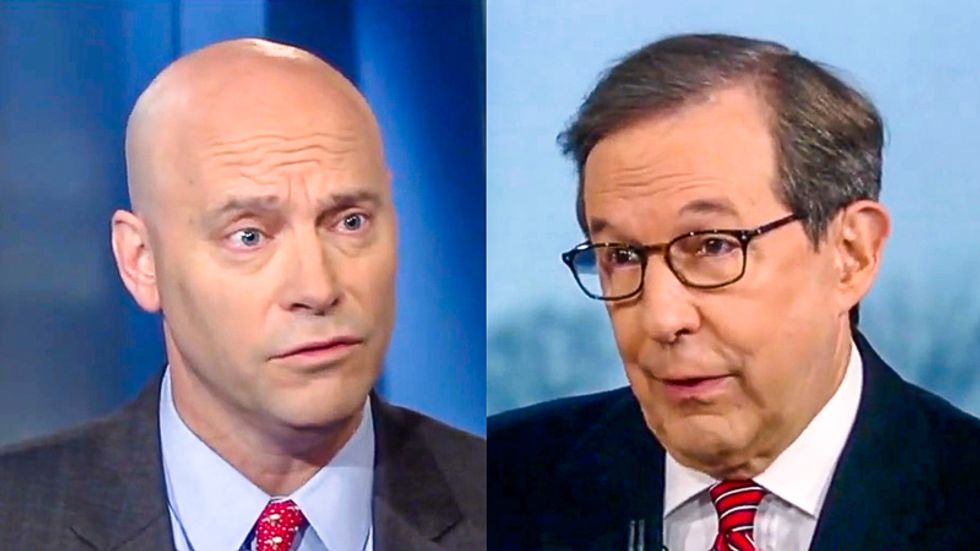 Marc Short, chief of staff to Vice President Mike Pence on Sunday refused to condemn President Donald Trump for suggesting that a deceased Democratic lawmaker is burning in hell.

Fox News host Chris Wallace asked Short about the remarks, which Trump made a recent rally.

"You talk about morality and character," Wallace told Short. "I want to ask you about the president's comments in Michigan this week where he suggested that the late Congressman John Dingell might be in hell looking up rather than in heaven looking down."

"How do you explain the president making a comment that hurt [Debbie Dingell] so deeply?" the Fox News host continued. "You talk about Christmas, this will be her first Christmas in 38 years without her husband. And why won't he apologize?"

"I'm sorry that she's hurting," Short replied. "And I certainly wish her the best as she deals with the circumstances. I think that our administration respects the service of John Dingell in uniform. We respect his service to our country in Congress and we respect her service."

"I'm sorry she's in this circumstance today," he added. "You know, John Dingell was not exactly a wallflower and John Dingell called the president imbecile in his closing months."

"He lowered flags to half mast," he concluded. "I think this president is feeling in the midst of impeachment, that was something that came up at his rally speech."