'You're pretty wound up': Chris Wallace chuckles at Doug Collins after he says Schiff must be first witness 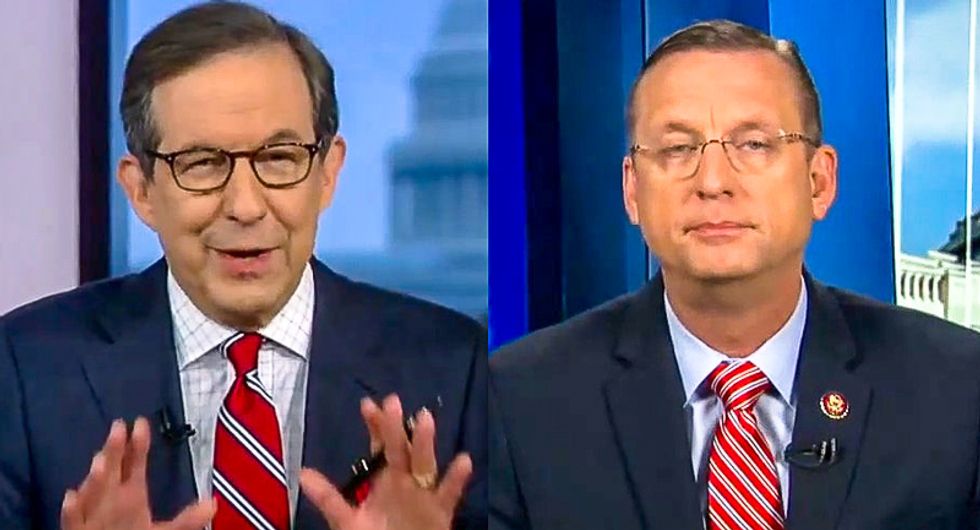 According to Collins, Republicans are not being allowed to see the Intelligence Committee's report on impeachment -- which he referred to as the "Schiff report" -- until later this week.

"First and foremost is the first person that needs to testify is Adam Schiff," Collins insisted before arguing that Schiff has taken on the role of special counsel in the investigation of President Donald Trump's alleged bribery of Ukraine.

"So you want to bring him in before the committee, not just to present a report, but to take questions from Democrats and to be cross-examined, if you will, by the Republicans?" Wallace clarified.

"He needs to be," Collins insisted. "He's put himself into that position. If he chooses not to, I really question his veracity and what he's putting in his report. I question the motives of, you know, why he's doing it."

"I have a question, why are they hiding this stuff from us?" he continued. "Give us all the materials and don't let Jerry Nadler write a crazy letter that says, on the 6th, let us know who your witnesses are. We don't even have the information from the Intel Committee yet. This is why this is a problematic exercise."

Wallace noted that the White House has been asked to send attorneys to the hearing to defend the president.

"Why would they want to participate in a rerun -- we're back in a rerun season?" Collins complained. "This is a complete American waste of time right here. Jerry Nadler and others have already got in their mind -- they are already writing the articles of impeachment, whether they have fairness or process for all."

"You're pretty wound up," Wallace laughed. "You obviously had some turkey for Thanksgiving."